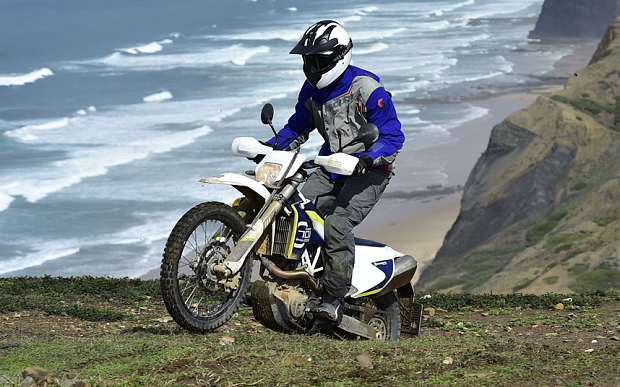 It’s Husqvarna’s proud boast that the firm is one of motorcycling’s oldest, having been founded in Sweden in 1903, the same year as Harley-Davidson. The traditionally off-road-biased brand is also one of the most widely travelled, having been based in Italy until almost three years ago, when KTM bought the company and moved production to its factory in Austria.

The 701 Enduro and closely related 701 Supermoto are the first new streetbikes to emerge under KTM’s control. The group’s boss Stefan Pierer sees “Husky” as a less aggressive cousin; its traditional white, yellow and blue bikes a more rounded alternative to the racy, orange-liveried KTMs.

In time Husqvarna will gain an identity through distinct models, some of which have already been revealed in prototype form. But beneath the paintwork the differences are initially minimal because the 701 duo share most components with KTM’s 690 Enduro R and SMC R, including the liquid-cooled, 690cc single-cylinder engine.

Most chassis parts are also shared but the 701 Enduro uses different suspension to its donor KTM: the WP forks and shock have travel increased from 250 to 275mm to improve comfort. Other changes include a new fuel map intended to give smoother delivery, and a slightly larger, 13-litre fuel tank, which like the KTM’s is located under the seat. 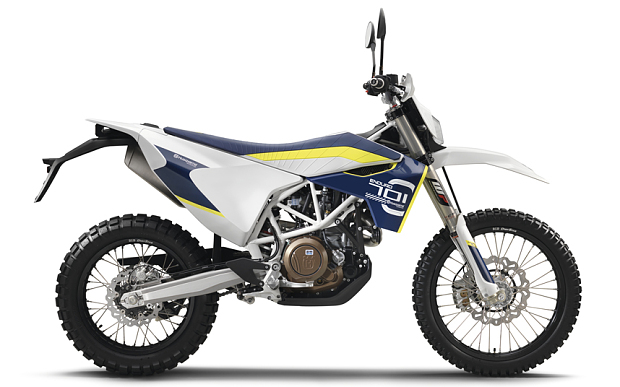 That seat is very tall at 910mm, so shorter riders will struggle to climb aboard. But the suspension compresses to allow at least one boot on the ground, and the Enduro is sufficiently slim and light (at 145kg) to be very manageable on the move. In this it’s helped by the engine, which pulls crisply from low revs with little of the traditional big single’s low-rev roughness.

Roadgoing performance is adequate, although limited by the Enduro’s unashamed off-road bias. The riding position is upright and roomy; the 66bhp motor gives brisk acceleration towards a top speed of about 100mph. But the engine’s short gearing means it’s revving quite hard by 70mph, and at speed the vibration through the thin seat and metal footrests becomes irritating. That long-travel suspension, welcome when encountering urban potholes, gives a slightly vague feel in bends, where the slim, dirt-friendly Continental tyres lack the grip of pure roadgoing rubber.

Those drawbacks become strengths off-road, where the Enduro’s light weight and smooth power delivery make even more sense, as the bike glides effortlessly over bumps, its suspension supremely well damped and its tyres finding grip on rutted trails made muddy by torrential rain. Even the Brembo disc brakes’ ABS system works well enough that all but expert off-road riders will find it useful. 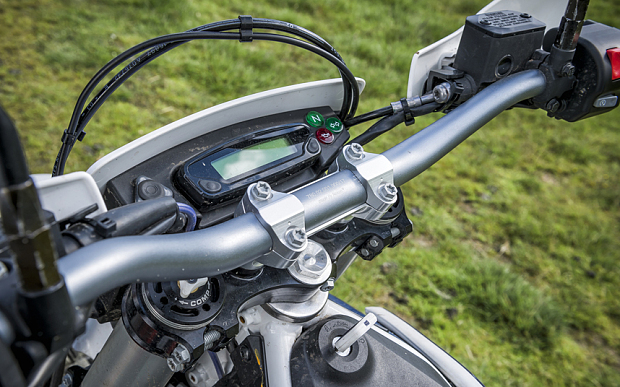 Like most serious dual-purpose bikes the Enduro is spartan, with simple switchgear, and a small instrument panel with no fuel gauge or rev-counter. But Husqvarna is developing a screen and accessory fuel tank that will increase range from about 150 to over 200 miles, giving a useful advantage over the 690 Enduro R.

For roadgoing use there are plenty of quicker and more comfortable adventure bikes for a lower price than the 701 Enduro’s £7,999, which is £200 more than its KTM equivalent. But for riders who demand serious off-road performance and want all-round ability too, the 701 is an appealing machine as well as a sign that reborn Husqvarna has an exciting future.

Husqvarna’s 701 Supermoto is powered by the same 67bhp single-cylinder engine as the 701 Enduro, and shares parts including its suspension with KTM’s 690 SMC R.

Compared with the Enduro it has wider, 17in wheels wearing smoother street tyres, and an uprated front brake with larger disc and four-piston Brembo caliper.

Those changes and the slightly reduced suspension travel make it a more agile, sweeter-handling and harder-stopping roadster. It’s also more comfortable at speed, due to taller gearing and the footrests’ rubber inserts. Its exposed riding position and slim seat mean it’s uncompromisingly sporty but for sensible-speed thrills on road or track it’s a rival for the SMC R, at an identical £7,999 price.

Identical to the 701 Enduro in most respects including its 66bhp engine, the KTM offers a slightly lower fuel capacity and shorter suspension travel, at a price that is £200 cheaper.

Yamaha’s ageing 660cc adventure single combines modest 46bhp output with a heavy chassis but it’s robust, has a huge fuel tank and is a useful go-anywhere machine at a realistic price.