A number of things are critically important when it comes to developing a MotoGP bike. At, or near, the top of that list would be tires and electronics. For 2016, all of the teams must deal with new tires (Michelin replaces Bridgestone as the MotoGP supplier) and a “spec ECU” at the center of an electronics package.

While it is simple to comprehend a change in tire manufacturer, this whole “spec ECU” thing for 2016 is quite a bit more complicated … and mysterious. As we understand it, the central ECU hardware on each MotoGP bike next year will be identical (provided by Magneti Marelli). This ECU gathers information from sensors (such as gyroscopes and accelerometers), processes that information and outputs instructions to motorcycle components, such as fuel injectors and ignition units. Also common to each bike will be “unified software” written by Magneti Marelli, with input provided by the various manufacturers.

So, on either side of the ECU hardware unit, teams are free to use their own sensors for the input side (provided they are homologated and made available to other teams at equal cost) and, of course, receptors on the output side, such as engine components, may be unique to each team. Somehow, the unified software can work with all engine configurations, and can be “tuned” by the different teams to suit their needs.

Confused, yet? If you really want to dig into the details, there is an excellent analysis by David Emmett over on motomatters.com, and some nuances are explained by Sport Rider here. One upshot is that the new system is “torque based”, and a step forward from the common hardware/software package used by the Open class teams last year.

Early testing indicates that the two dominant teams, Factory Honda and Factory Yamaha, are having great difficulty working with the new, common hardware/software, and consider it a significant step backward from their unique, factory systems used in 2015. Together with new tires next year, the MotoGP series could be the “wild west.” Which brings us to the subject of Maverick Viñales and Andrea Iannone. Just as the spec ECU scenario poses great difficulties for the top factory teams, Viñales and Iannone show signs of emerging as future “aliens” running at or near the front.

Viñales, for instance, has been very quick in testing the new tires and hardware/software despite the fact that his Suzuki team still lacks a sequential gearbox. Iannone has rather suddenly emerged as the quicker of the two Factory Ducati riders even though his teammate is the very capable, and experienced, Andrea Dovizioso. Iannone finished 5th in the 2015 championship … immediately behind the Factory Yamaha and Factory Honda riders.

Viñales, a former Moto3 champion, is considered by many close observers to be a future star in MotoGP. 2016 could be a break out year for him. Suzuki will get a sequential gearbox early next year, and the new rules are likely to make Viñales’ bike more competitive.

Similarly, Iannone’s Ducati has a bit of a head start, and an advantage, when it comes to Magneti Marelli. The Factory Ducati team has worked closely with the Magneti Marelli hardware, as well as the Magneti Marelli engineers in recent years, so the learning curve of Yamaha and Honda will be missing for it. An indicator of this might be the performance of Scott Redding in recent testing aboard his new Ducati, which has been impressive. 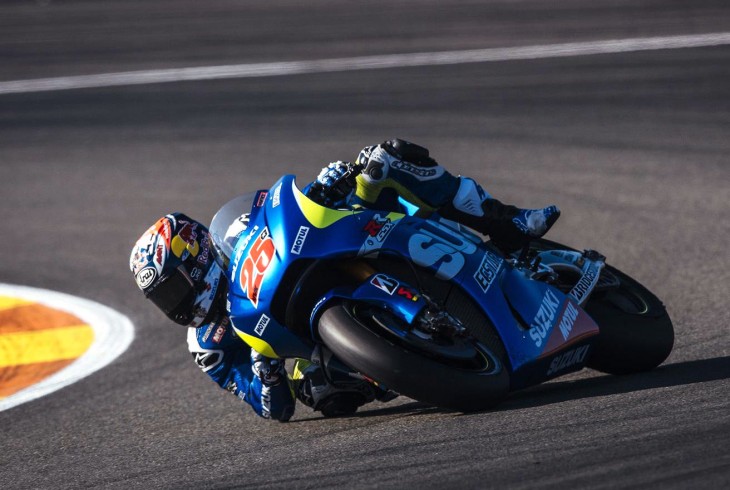