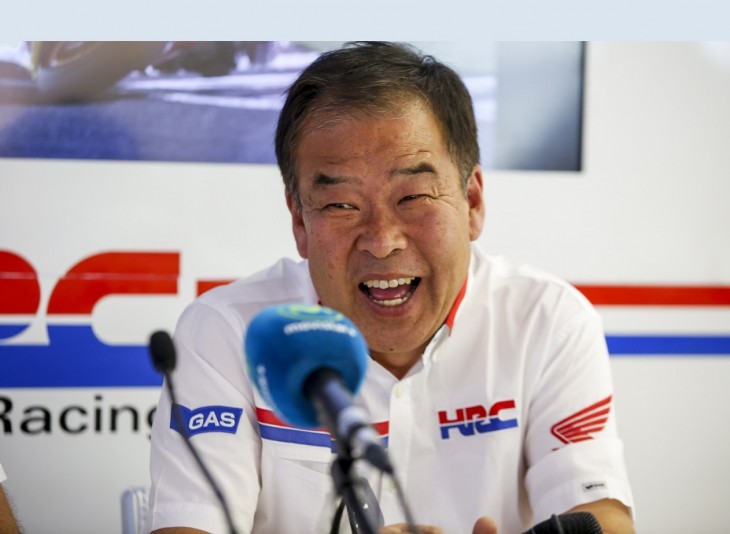 Camping in South America as he closely observes Honda’s Factory effort at the Dakar Rally, HRC boss Shuhei Nakamoto was cornered by a journalist who had some questions about Honda’s 2016 MotoGP effort.  You can see more details on the interview here, but we offer a couple of snippets.

Despite his disastrous 2015 campaign (involving six crashes and DNFs), Nakamoto says Marquez is still the fastest rider in MotoGP. The big problem with the Honda factory MotoGP bike last year was a “too aggressive” engine that caused problems with both handling and tire wear.

Perhaps the biggest concession by Nakamoto is that the 2016 bike, at least in early testing, has not overcome this power delivery problem, even though the power band has been moved downward. Take a look at the full interview for more.