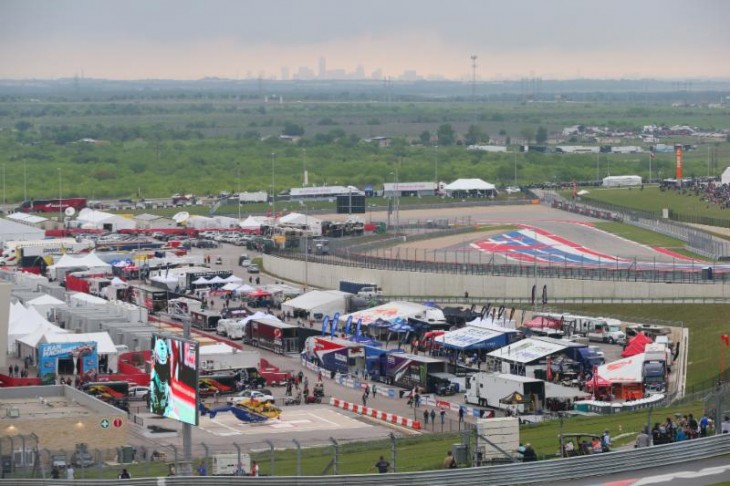 COSTA MESA, CA, JAN. 27 – Circuit of The Americas (COTA) and MotoAmerica are pleased to invite fans to the MotoAmerica Pre-Season Test powered by Dunlop at COTA, March 23-24. MotoAmerica teams are testing in preparation for the 2016 Red Bull Grand Prix of The Americas, set for April 8-10, and the test days will be free for fans to attend.

The paddock and garage areas will be open to fans from 10 a.m. to 5 p.m. on both Wednesday and Thursday, and will be filled with top teams and riders from the series, including 2015 MotoAmerica Superbike Champion Cameron Beaubier. All guests can stop by the COTA garage for a chance to win the Ultimate Race Weekend Giveaway, which can be redeemed during the Red Bull Grand Prix of The Americas event in the MotoAmerica paddock. The lucky winners will be the guests of the Monster Energy Graves Yamaha team for the race weekend.

In addition to the giveaway, race fans at the test will also have the opportunity to meet their favorite riders during autograph and Q&A sessions in the COTA garage. MotoAmerica stars such as Beaubier, four-time series champion Josh Hayes, Yoshimura Suzuki’s Roger Hayden and Jake Lewis, and several others will be on hand for the Q&A sessions that will be held on both days of the test.

“I think it’s great that the fans will get to come out to the COTA test,” said MotoAmerica president and three-time World Champion Wayne Rainey. “It will give our fans a chance to be up close to the action and to our riders and teams in an atmosphere that’s a little bit more laid back than the race weekend.”

The Red Bull Grand Prix of The Americas, April 8-10, will host the world’s premier motorcycle racing championship, MotoGP, and will be complemented by MotoAmerica, with the race weekend featuring the third round of the MotoGP World Championship and the opening round of the MotoAmerica season. Guests of all ages will enjoy non-stop action as riders battle for position and reach top speeds of over 210 mph. Tickets start at $39 for single-day tickets. Camping, hospitality packages, and discounts for large groups and military members are also available. For more information visit circuitoftheamericas.com/motogp16 or call 512/301.6600.