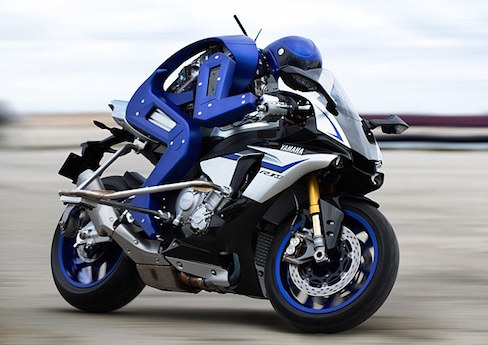 Yamaha Motobot, an autonomous robot that rides a motorcycle

Yamaha has announced it will try to beat Valentino Rossi’s lap times with their Motobot, a motorcycle-riding autonomous robot.

The Japanese manufacturer hasn’t stipulated which track or tracks, or whether it would be a race against Valentino or just against his lap records, but it is expected to happen in 2017.

Their announcement at the annual Consumer Electronics Show in Las Vegas has sparked concerns that electronic rider aid systems may be going a little too far.

Yamaha insists that the experiment is designed to increase “racer safety”, but we wonder just how far these aids will intrude on rider input in the future and whether it will lead to mandatory application of these systems. 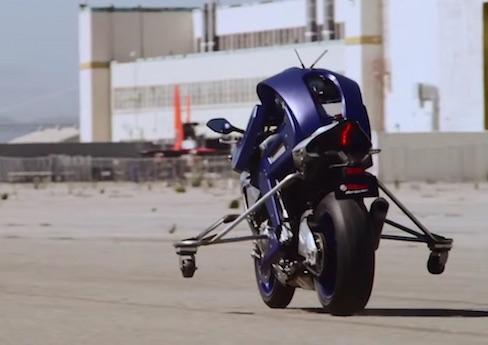 Already some countries such as India are introducing mandatory ABS on bikes. What’s next? Mandatory traction control or automated braking?

As technology advances, we can see down the track that electronic rider intervention could feature a robotic system that takes over the riding in difficult or emergency situations.

While the Motobot test looks like fun, Yamaha is serious about pioneering “new lines of business” with the technology.

So it looks like they are planning to follow Bosch and Continental into electronic rider safety systems.