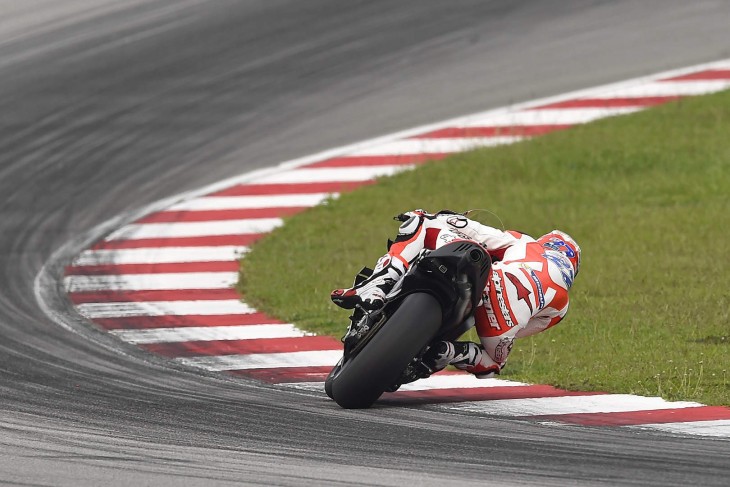 Normal human beings are not supposed to be able to do such things, but apparently Casey Stoner is not a normal human being. Without riding a MotoGP bike in a year (that was a Honda), and his last experience being a horrible crash of a Honda superbike at Suzuka six months ago, Casey Stoner climbed aboard a Ducati he had never seen before, with tires and electronics he had never experienced before, this week at Sepang and went fast. Very fast.

Maybe the fact that Jorge Lorenzo blew everyone away (see the results below) is the biggest story, but Stoner’s performance is at least close. Riding two of the three days at the Sepang test, with all riders forced onto the harder compound tire after a terrifying high speed crash by Loris Baz (his soft compound rear exploded on the front straight), Stoner was consistently the quickest Ducati. He finished the test with the fifth quickest time claiming he wasn’t really trying for a really quick lap (he was there to test several chassis set-ups, rather than trying to find the single quickest set-up). You could almost hear a collective “ouch” from the other Ducati pilots, particularly factory riders Andrea Dovizioso and Andrea Iannone.

The other story is that the factory Yamahas seemed to have a huge leg-up on the factory Hondas, at least at this point. Several tests remain before the opening round, however, so Honda has time to sort things out.

Lorenzo, however, looked like he was in his own league the last two days. We told you the new tires and electronics might favor the smoothest rider (that being Jorge), and so far that appears to be correct. 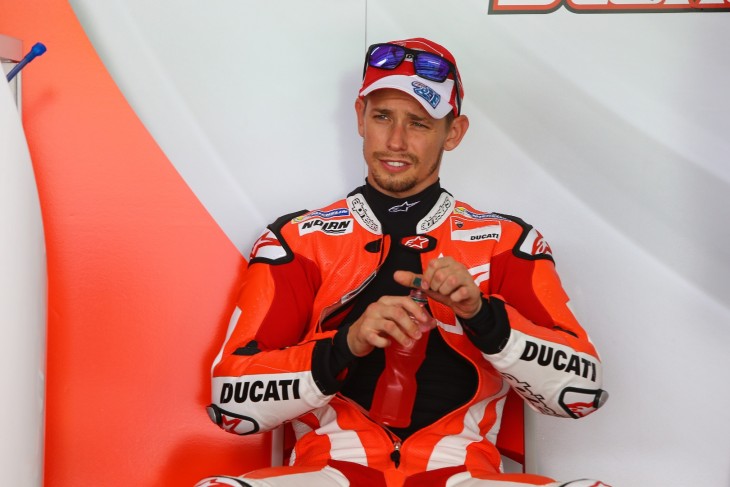