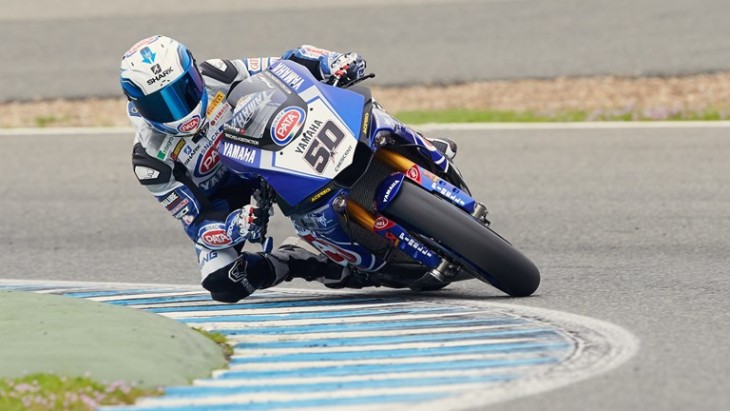 The Pata Yamaha Official WorldSBK Team welcomes you behind the scenes for a fast-paced, all-action view of the new World Superbike-spec YZF-R1.

Filmed on location at southern Spain’s Circuito de Jerez last month, Alex Lowes and Sylvain Guintoli took to the track to show what their new race machines were capable of. Glistening in their 2016 livery, the YZF-R1’s shone under the Andalucían blue skies as their engines echoed across the otherwise empty circuit.