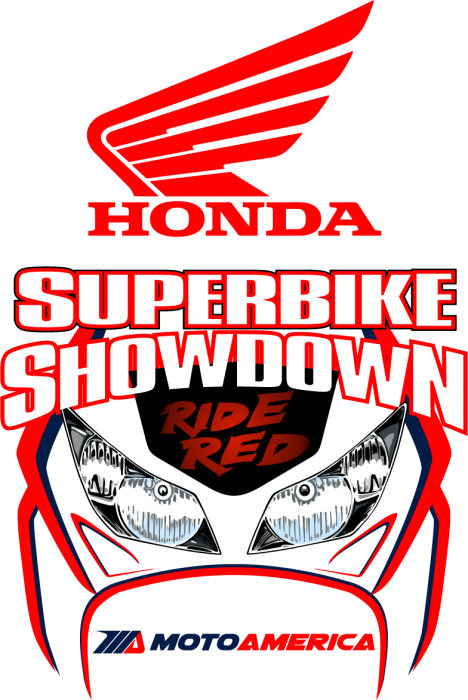 COSTA MESA, CA, FEB. 26 – The MotoAmerica AMA/FIM North American Road Race Series will feature a new twist in 2016: The Honda Superbike Showdown, a three-race series within the Superbike Championship that will crown a champion and ultimately award the winner with a 2016 Honda Civic automobile.

In addition to serving as the title sponsor for each of the three included rounds, Honda is planning a number of activities and initiatives surrounding each event, some of which will include local dealerships.

The 2016 Honda Civic Sedan is all new this year, and is the winner of the coveted North American Car of the Year award.

Having Honda back with us in 2016 shows not only their commitment to MotoAmerica, but also their commitment to growing road racing in America,” said MotoAmerica president and three-time World Champion Wayne Rainey. “I’m looking forward to the Honda Superbike Showdown and seeing which of our riders gets to drive away in that new car.”

“When MotoAmerica took over the AMA championship last year, we knew we wanted to be involved, and we’re excited to grow the partnership for year two,” said Mike Snyder, Senior Manager of Powersports Marketing at American Honda. “The Honda Superbike Showdown is a great way to do that, and it goes hand-in-hand with our improved Red Riders Rewards program, which offers $10,000 for Superbike wins and pays awards in all classes down to 10th place on both days. I look forward to seeing who will take the keys to a new Honda Civic at Laguna Seca in July.”

For more information and to purchase tickets, visit www.MotoAmerica.com.