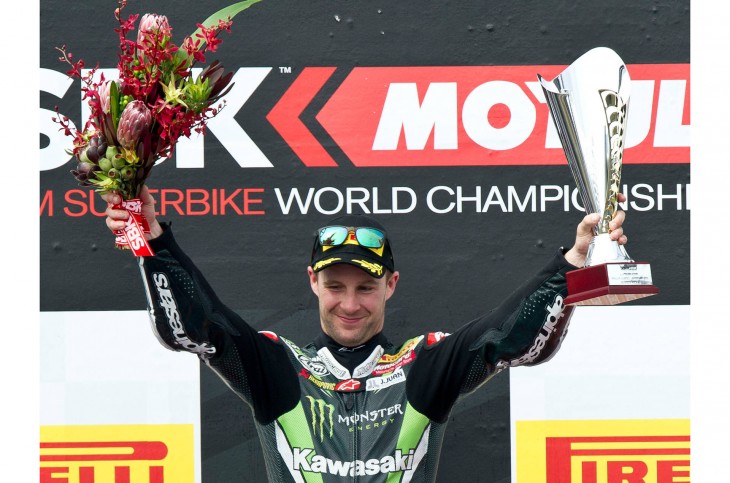 Kawasaki’s defending champion Jonathan Rea won both races of the opening WSB round at Phillip Island this weekend. At a track that doesn’t necessarily favor the “Green Team”, Rea served notice that this could be a difficult year for his adversaries.

Saturday’s Race 1 saw a tight group at the front until the mid-way point, when a gap appeared sending several riders, including Honda’s Nicky Hayden, backwards. At the end, a close scrap between Rea and Ducati’s Chaz Davies ended with Davies taking a close second, and Honda’s Michael van der Mark finishing third.

For American fans wondering about the performance of Nicky Hayden, he had mixed results on the weekend, but showed competitive speed. Hayden ran in the front group both days, but faded mid-way through Race 1 as a result of front tire wear. During Race 2, Hayden again ran up front, but finished much closer to the winner and nearly took the final podium spot. Overall, it appears Hayden will be in the mix at the front this year, particularly at tracks where tire wear is less of an issue (which would be most tracks compared to Phillip Island).