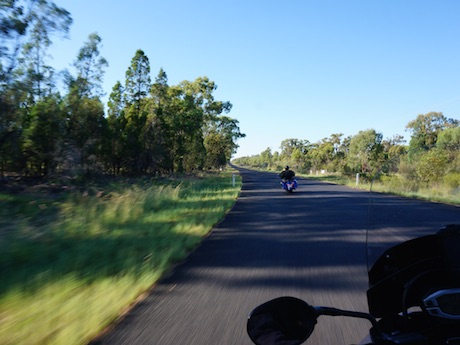 Riders who have paid a substantial deposit for the world’s longest motorcycle rally, appear to have been left high and dry after the organiser closed down the website, apparently cancelling the trip.

The 132-day World Motor Rally across Europe, Asia, the US and back to Europe allegedly attracted 22 registrations in its first day in 2014.

Cost of the rally was US$10,000 (about A$14,000) which was to include GPS route, live tracking via satellite, support vehicles with mechanics, and assistance with visas, border crossings, tyre ordering, and emergency tyre and bike transport.

Riders had to pay for flights, insurance, bike rental and freight, food and drink, accommodation, visas and bike consumable such as fuel, tyres and oil.

However, the WMR website has recently closed down and phone calls to Magnus’s mobile and emails to WMR and OAT email addresses have gone unanswered for the past week.

One of the participants who would prefer to remain anonymous says he paid a deposit of US$2000 (about A$2800) for the tour which was supposed to start in May, but he is now concerned about receiving no updates and not getting his deposit back if the trip is cancelled.

“I rode with OAT in June last year and was told the WMR trip was definitely still on with about 25 riders signed up,” he says in an email to Motorbike Writer.

“The problem is that no WMR information has been posted since 2014. I’ve sent OAT and WMR emails, phone messages and even registered post up to December 2015 (and before the recent OAT Dakar trip) but I’ve had no replies to date.

“I know OAT have had some big problems last year with a cancelled South America trip (I was signed/paid up for that one also), but I’m really puzzled and disappointed we have had no WMR information to date (even to just say it is all off or deferred until 2017).

“Someone posted WMR a question in October 2015 asking if it was all a scam and the WMR Facebook page was closed soon after that. I was hoping you may have some better luck finding out what is going on.”

If any reader has any information about the tour, travel company or Magnus, please contact us.