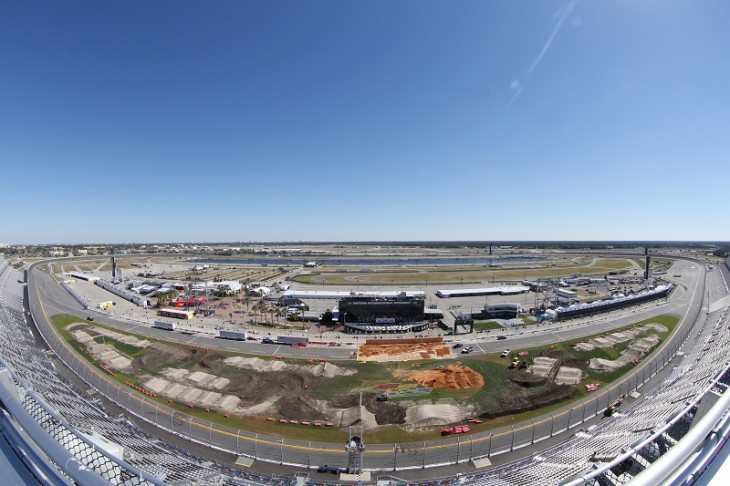 Carmichael retired from Supercross in 2007 as the most decorated rider in history with 15 AMA championships and 150 wins.

Here’s a look at some of the numbers behind the construction of this year’s Daytona Supercross By Honda course:

12 – Trucks used to transport the dirt into the Speedway

2 – Days to bring all of the dirt into the track

40 – Obstacles on the Daytona Supercross By Honda course

20 – Loads of new clay for the start gate

2,915 –length in feet of the Supercross course

In addition, two crawlers, two front loaders and two skid steers are used to move the dirt during construction.

The Supercross Pits will be staged in the blue garages, which are located adjacent to the Sprint FANZONE and provide easy accessibility for the fans from noon to 5:30 p.m. – access is free with your race ticket.

Tickets for the event are now on sale at www.daytonainternationalspeedway.com or by calling 1-800-PITSHOP. Advance general admission tickets for DAYTONA Supercross by Honda start at $45 and youth tickets (ages 6-12) start at $15; kids five and under are free in general admission stadium seating.