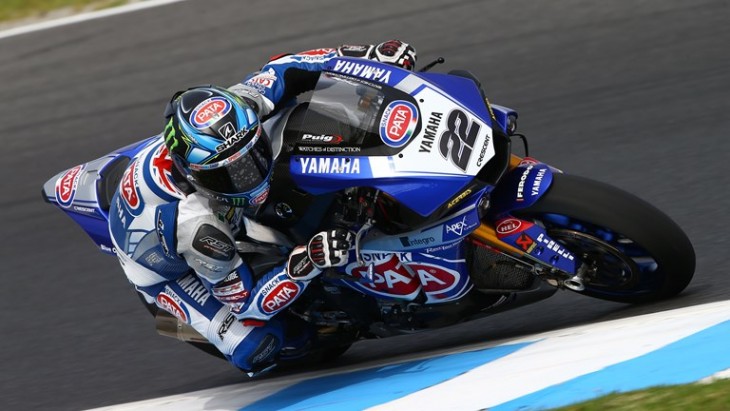 After an absence of four years, the Phillip Island Grand Prix Circuit will host the historic return of Yamaha to the FIM Superbike World Championship this weekend, as practice kicks off at the Australian circuit on Friday morning.

Alex Lowes and Sylvain Guintoli have spent the winter preparing strongly with their new Pata Yamaha Official WorldSBK Team. The careful groundwork, development and evaluation and a strong showing during the past few days of official pre-season testing signifies the new partnership is now eager to begin their championship challenge in earnest as the lights go out for the opening race this coming Saturday.

Celebrating its 10th time as host for a WorldSBK season opener – the seventh consecutively since 2009 – Phillip Island’s 4,445m Grand Prix Circuit remains a favourite of riders and fans alike making it a perfect location to welcome Yamaha’s return. Overlooking the ocean on Australia’s southern Bass Coast, the high-speed layout, 12 corners and constant changes of elevation and direction create a demanding challenge for teams and a truly electrifying first round of competition.

Lowes and Guintoli get the action underway for the Pata Yamaha Official WorldSBK Team at 10:15hrs local time in the first of two scheduled free practice sessions on Friday 26th February. Witnessing the championship’s new two day race structure for the first time, the traditional Superpole shootout will now start at 12:30hrs on Saturday – as riders placed 20-11 after the previous day’s practice compete for the two available promotion spots. The all-important 12 rider fight for pole position will then take to the track at 12:55hrs. Saturday afternoon heralds the first race of the 2016 season as the 22-lap battle commences at 15:00hrs, with Sunday’s final contest also hitting the asphalt at 15:00hrs.

The Pata Yamaha Official WorldSBK Team will be joined by Monster Yamaha Tech3 Team’s MotoGP rider Bradley Smith for the entire weekend, reporting exclusively from within the Phillip Island paddock for Yamaha Racing’s Facebook, Twitter and Instagram coverage. Watch his introductory YouTube video with the team here and follow behind-the-scenes with #BradleyDownUnder.

“Phillip Island is my favourite track of the year. Going there for the first race is like starting your meal with a dessert! There is always a great atmosphere on the island, with plenty of sea, sun & fast corners. We also get the chance to go surfing on the off days and the WorldSBK pre event this year is being held at Cowes Beach on Thursday afternoon so what’s not to like!

“Since our first outing in November the whole team has accomplished a lot of work and our progress has been very encouraging. Phillip Island will be the stepping stone so I am excited to race again and find out about our strengths and weaknesses. Make no mistake, our target is to win races but we do not want to underestimate the size of the task. Our potential is clearly strong but we are at the very beginning of the challenge.”

“‘The Island’ is one of my favourite race tracks, as it is for most riders. From my first laps here I loved the place! It is a very fast track but it is also quite technical which is hard on tyres and makes the racing close and tactical. My favourite corner is Stoner as it’s a very fast on power left hander where the whole bike slides and I look forward to it every lap. In terms of machine set up, Phillip Island can throw up some challenges, as it has so many turns on throttle without too many hard braking areas so the best set-up can be quite peculiar. I’m still learning how best to ride the YZF-R1, after the last two days of testing here but, like everyone, I’m looking forward to this round and being the first one for all of us it’s important to get the season off to a trouble-free and solid start!”