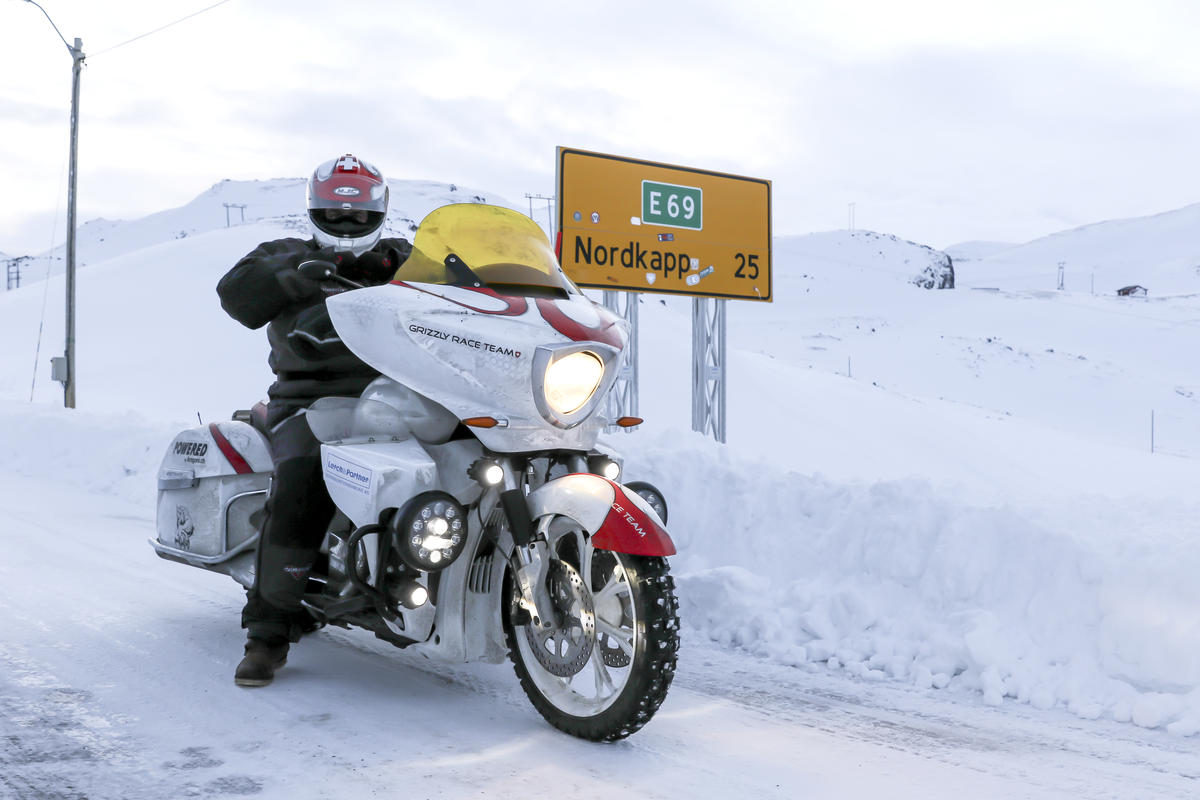 Swiss rider Urs “Grizzly” Pedraita has set out on his Victory Cross Country from Daytona Bike Week (March 11, 2016)  to establish a new record for global navigation of the seven continents in less than 100 days.

He will be in Australia from April 5-10, starting in Sydney and heading to Darwin, down to Port Augusta, SA, and west to Mundrabilla, WA.

To prepare, Urs, also known as “Grizzly” because Urs means bear in German, rode for a month in various conditions including snow, mud and sand in six-hour stints and setting five alarm clocks to prevent him sleeping more than one hour at a time.

Urs already has a global circumnavigation record of 120 days, but hopes to reduce the seven-continents ride to 99 days by riding six-hour stints with one-hour sleeps.

Speaking through an interpreter last year at the Victory American Rally in Colorado Springs, he told Motorbike Writer the secret to setting the record is to never go into deep sleep and only sleeping an hour at a time. 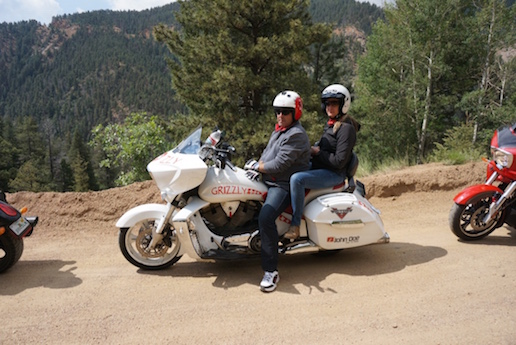 He trains for a month beforehand by setting alarms to prevent him sleeping more than an hour.

“The most important thing is you can’t fall into a deep sleep,” he says. “I’ll catch up on sleep on the boat between continents.”

The “Long Stretch Federation” has set the route for the record global lap and will monitor his progress via GPS and satellite.

Owners of Victory Motorcycles were invited to join Grizzly for one lap of the Daytona 200 road course prior to the start of Grizzly’s record breaking attempt.

He is currently in Honduras, Central America, heading south.

Urs says his favourite places on his previous record-setting global circumnavigation were Alaska and Siberia because of the solitude and the wildlife.

“At night time you could see the eyes of the wolves glowing in the dark,” he says.

For security and so he doesn’t sleep too long he usually naps with his helmet on while reclining on his all-white Victory Cross Country.

Urs is motivated to tackle the world record because he comes from such a small country. 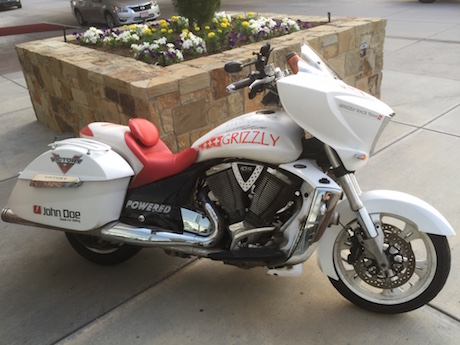 The white and red reflect the Swiss flag

And he chose the Victory because of its low centre of gravity, its reliability and because “everyone does it on an enduro bike”, although the current record was set on a Yamaha R1.

“Lights on the bike are the most important part because I have to do a lot of riding at night, he says.

He will have to cross each continent at its widest point, for example, Africa will be crossed from Tunsia to Cape Town. However, in Australia, he has to travel much farther.

This is planned course across the nation: 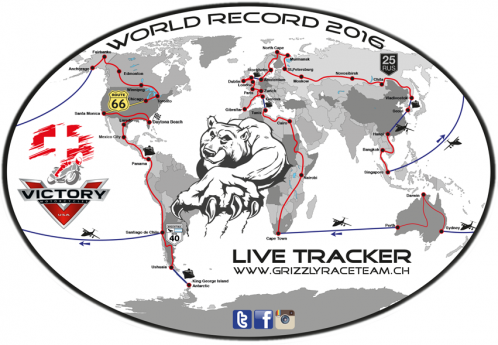 In Antarctica, he will fly with his bike to the continent from South America and only needs to put the wheels on the ground, then he can re-load the bike and fly back.

Mind you, he’ll probably do some riding while he’s there as he’s not scared of ice.

“After driving it on the ice for 20,000km you get a good feeling for your machine,” he says.

The well-equipped Victory features satellite tracking, cameras front and back which send a verification photo every three seconds to the Federation and a computer on the tank which he uses to Skype home, check the weather and watch TV when he’s resting. 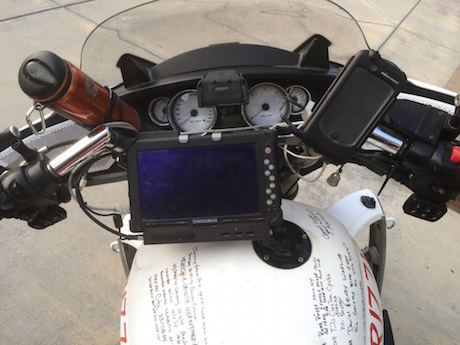 He says the only problem he’s had with the bike are broken bearings in the gears and a failure of the front brake forcing him to ride 2000km without a front brake.

Urs is looking forward to riding across Australia, but is worried about the wildlife.

“I have a deep respect for Australia,” he says. “I hear it’s very dangerous for wildlife at night, so I’ll be putting extra lights on the bike.”

He is most concerned about Africa and South America.

“If I get through those continents ok, everything will be fine.”