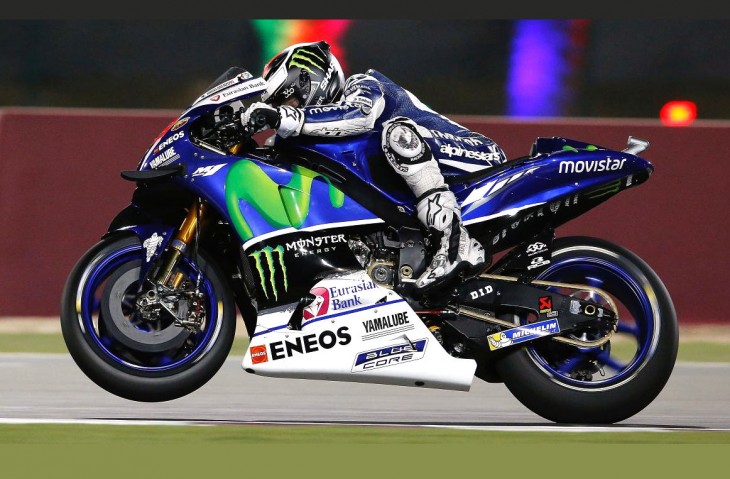 The opening round of the 2016 MotoGP series tomorrow in Qatar will find Yamaha’s defending champ Jorge Lorenzo on pole position. Completing the front row will be Honda’s Marc Marquez and Suzuki’s Maverick Viñales.

Beginning a season that promises to be populated with more front runners, nine-time champ Valentino Rossi (Yamaha) posted a lap that put him in the middle of the second row tomorrow. This was on the heels of an announcement from Yamaha that Rossi has signed a two-year contract extension with the factory. Rossi will be between two factory Ducatis tomorrow, as Andrea Iannone qualifed fourth, while Andrea Dovizioso qualified sixth.  You can find additional Q2 qualifying results by following this link.