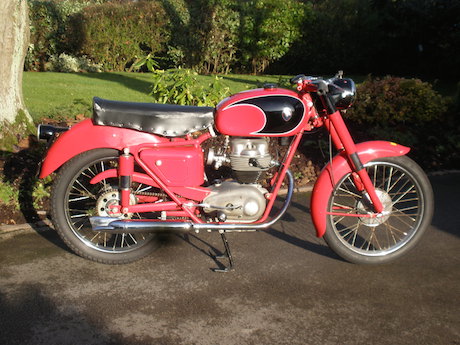 An internationally acclaimed motorcyclist is selling five of his collection of historically important and rare motorcycles, including a Maserati – not a car, but a motorcycle!

The collector has asked to remain anonymous and is seeking to contact the worldwide audience of Motorbike Writer to help move the machines.

One of the more interesting bikes is the 1957 Maserati T160. 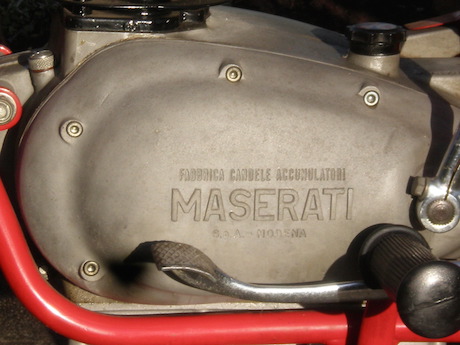 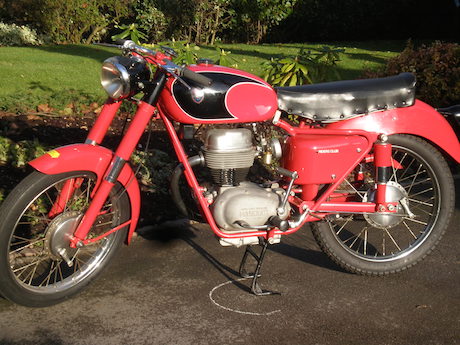 It wasn’t built by the Maserati car company but by Fabbrica Candele Accumulatori Maserati S.p.A. which not only made motorcycles, but also mopeds, spark plugs and accumulators.

The company was allowed to use the Maserati name and the company’s trident trademark from 1947 to 1960.

Another interesting bike is the Aussie-made and Ducati-powered 203hp Vee Two Super Squalo for US$60,000. 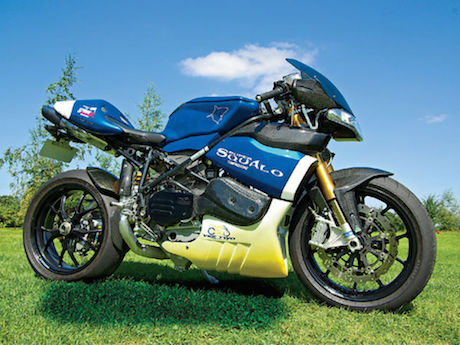 Vee Two Super Squalo (not the one being sold)

It is powered by the engine and chassis from a Ducati 999S and supercharged by Australian Automotive Components. It also features Brembo radial brakes, fully adjustable Ohlins suspension and forged-aluminum Marchesini wheels.

Also for sale is a 1987 Ducati 851S Kit, the first Ducati desmoquattro to leave the factory. It has chassis no. 7. 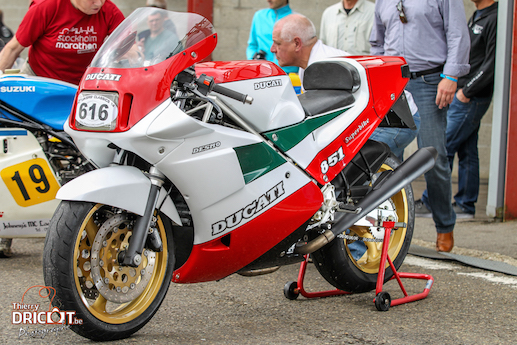 The first six were factory test bikes. This bike has now been restored to 100% original condition and is being offered at US$60,000. 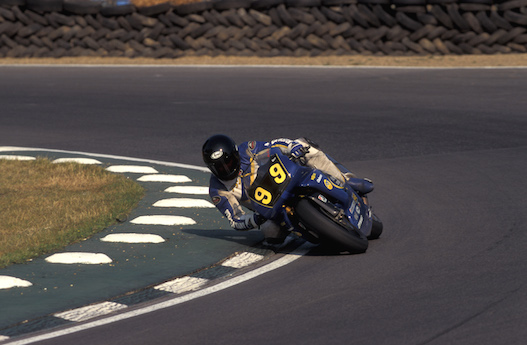 It won the Daytona SoS, British Supermono championship and was second in 1996 World Superbike Championship nine-race FIM support series and comes with the trophy!

It comes with spare wheels and is exactly as last raced to third place in Silverstone Supermono race 1996.

Also offered for sale at US$30,00 is a completely restored Gilera Saturno Piuma Supermono. 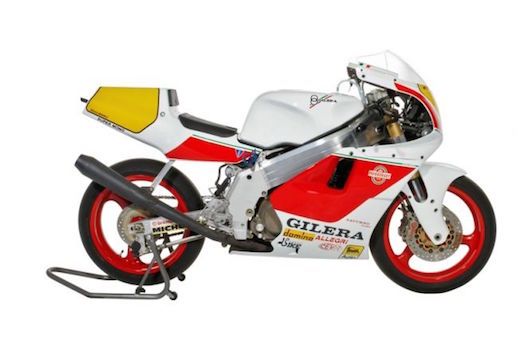 Gilera Saturno Piuma Supermono (not the one for sale)

It is one of two factory bikes out of the 50 built for sale, raced by the for the factory for two seasons including a win in the 1989 Monza Supermono race. The other factory bike is now in the Piaggio Museum.