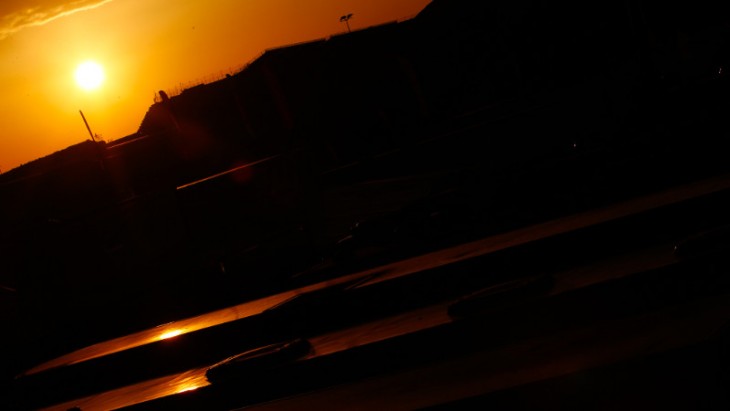 Across the race weekend at MotorLand Aragón, the action is not confined to the track. With the Open Paddock and Paddock Show, pit walks, meet and greet sessions and the chance for spectators to do a parade lap of the circuit, the off track activities rival the most high-octane on track action.

Open Paddock: spectators can access the paddock and get closer to the action than ever, making sure WorldSBK retains its crown as the most accessible two-wheeled sport in the world.

Thursday:
The paddock is open to the public on Thursday from 14:00 to 18:00 to give spectators their first taste of WorldSBK ahead of a weekend of racing.

Friday:
The first practice sessions for WorldSBK, WorldSSP, STK1000 and the EJC get underway on Friday, with those for World Superbike and World Supersport both determining entry into their respective Superpole 2 sessions the following day. Consequently, the Paddock Show will play host to the Top 3 fastest riders in both classes, including the addition of the fastest Spanish rider, on Friday at 16:30 (GMT+2).

Saturday:
WorldSBK kicks off Saturday’s activities, with Free Practice 3 beginning at 8:45am, ahead of Tissot-Superpole 1 beginning at 10:30. On the starting grid at 12:50, the Tissot-Superpole Prize Giving session will take place once the World Supersport grid has been decided in the sessions just before. This is followed by the Pirelli Best Lap Award at 12:55, with the current leader in the competition Jonathan Rea.

After WorldSBK Race 1, the Paddock Show will then host the fastest 3 riders from WorldSSP Tissot-Superpole, as well as the fastest rider from the FIM Europe Supersport Cup and the best-placed Spanish rider.

At 15:00, the 3 fastest riders from WorldSBK Race 1 are joined by the Pirelli Best Lap Rider, the fastest from Tissot-Superpole 2 and the fastest Spanish rider for a 45 minute session at the Paddock Show, before the pit walk gets underway at 16:30.

Sunday:
After the warm up sessions on Sunday morning, another pit walk session begins at 10:15, whilst action gets underway at the Paddock Show just after at 10:30 with the STK1000 and EJC Qualifying Show, encompassing the top 3 fastest from STK1000 qualifying, the EJC pole sitter and the fastest female rider from the FIM Europe Women’s European Cup.

After the WorldSSP, WorldSBK and STK1000 races, the top 3 from WorldSSP, the Pirelli Best Lap rider, the best placed Europe Supersport Cup rider and the best placed Spanish rider in WorldSSP will be at the Paddock Show for 15 minutes, before the WorldSBK final paddock show of the weekend gets underway at 15:15.

Present will be the top 3 riders from Race 2 in WorldSBK, the Pirelli Best Lap rider and the best placed Spanish rider, for fans to get another glimpse of the fastest men of the day in the top category.

At 16:00, the top 3 riders from STK1000 and the EJC (including the top female rider from the Championship) will be at the Paddock Show as activities for the weekend start to wind down.

To finish the race meeting, spectators are then allowed to take their bikes onto the track for a parade lap, beginning at 16:40: the ultimate way to get a taste of WorldSBK and top level motorsport at a world-class venue.

For the full timetable for the weekend, please see the attached Event Schedule, available at the link below.