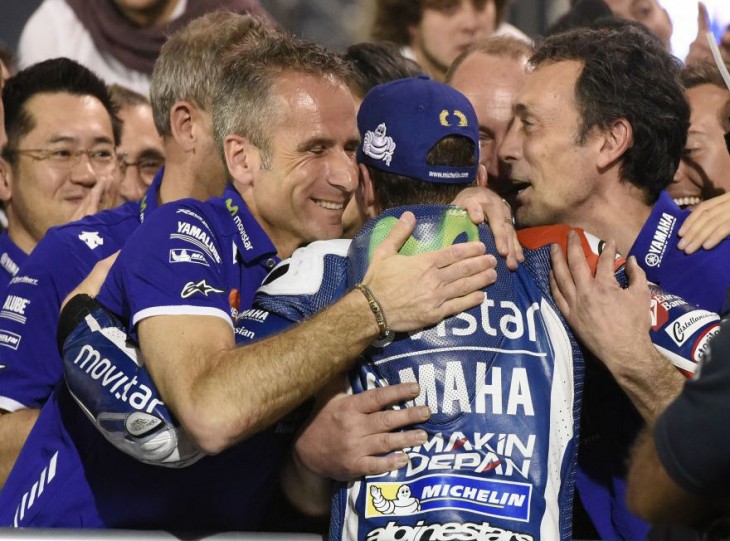 Defending champ Jorge Lorenzo (Yamaha) rode to victory today at the opening round of the 2016 MotoGP championship series in Qatar. Finishing second was Ducati’s Andrea Dovizioso, who led a significant portion of the race. Dovizioso won a battle with Marc Marquez (Honda), who took the final spot on the podium. Valentino Rossi (Yamaha) finished a close fourth.

The racing today went a long way towards proving the quality of the new Michelin tires, which seemed to easily last the full race distance. Indeed, Lorenzo set the fastest lap of the race just a few laps before the checkered flag came out (and he was on the softer compound rear tire).  Racing was close until the last few laps, when Lorenzo showed that he had some speed to spare and put a gap between himself and second place.