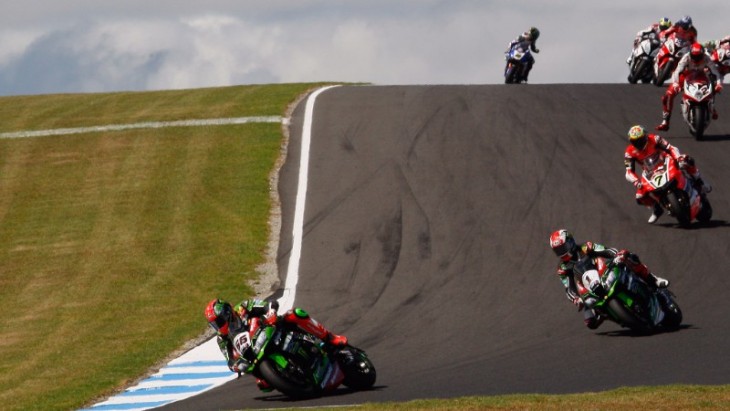 Dorna WSBK Organization and ITV are delighted to announce a new agreement that sees WorldSBK highlights shown on ITV4 in the United Kingdom in 2016. The deal will ensure that viewers across the country get to see all the best action from each Round of WorldSBK as British riders try and repeat their success of 2015, with all the best action shown on the free-to-air digital channel.

The fantastic time slot afforded to the highlights package in the week after each Round is sure to both sustain and increase the widespread interest in WorldSBK in the UK, with ITV4 further tailoring the coverage to focus on the British stars of the paddock, including special interviews.

ITV’s Director of Sport Niall Sloane said: “I’m delighted ITV4 will be able to bring viewers high-octane action from this major motorcycling championship. This new deal adds to the wealth of free-to-air coverage of motorsport we’re able to bring fans throughout the year.”

“It’s fantastic news for us that WorldSBK will be shown on ITV4,” added Manel Arroyo, Managing Director of TV and Media Area, Dorna Sports. “ITV4 is the home of roadracing highlights in the UK. With MotoGP shown on the channel since 2015 and now WorldSBK to follow, having an experienced broadcast partner like ITV4 is another great step forward for WorldSBK, and is great news for the many fans who live in the UK.”

The new era of WorldSBK recently began in Phillip Island and British rider Jonathan Rea kicked off his campaign to become the first back-to-back Champion of the new millennium by taking a double win, highlights of which will now be available on ITV4 to start the season ahead.