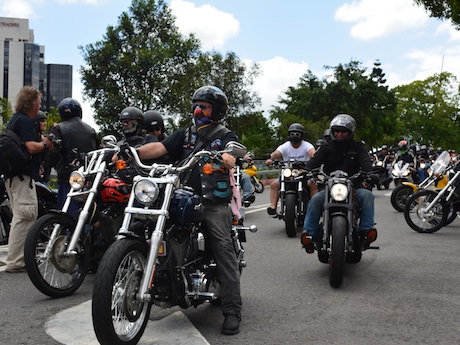 Riders at an anti-VLAD protest rally

The Queensland Crime and Corruption Commission review of the controversial so-called VLAD (Vicious Lawless Association Disestablishment) Laws is due to report back today (March 31, 2016), but they will not be made public until next week.

The State Government is obviously concerned about the controversial review and won’t want to look like they are either denying basic freedoms nor going soft on crime, especially after the MUrdoch press this week ran scaremongering stories that bikie gang war would erupt if the laws were “watered down”.

So the results of the CCC review will first go to Cabinet and we can expect they will be made public next week.

The Vicious Lawless Association Disestablishment Bill 2013 was rushed through Queensland Parliament and passed at 2.50am on October 16, less than 12 hours after it was drafted.

The government at the time claimed they were the toughest anti-bikie laws in the world.

The VLAD laws were accompanied by the Tattoo Parlours Bill and the Criminal Law Criminal Gangs Destruction Amendment Bill that provided an extra 18 months’ jail for any member of a criminal motorcycle gang found to own or operate a tattoo parlour, and up to seven years jail for those members who gather in groups.

The Act was to be reviewed in three years, but when the Labor Government was elected in January 2015, they promised a review by November.

That was later extended to the end of March.

No member of any of the listed motorcycle clubs has yet been successfully prosecuted under the laws.

The only one conviction was for a drug smuggler with no association to any motorcycle club. He even used a plane to smuggle drugs, not a motorcycle. 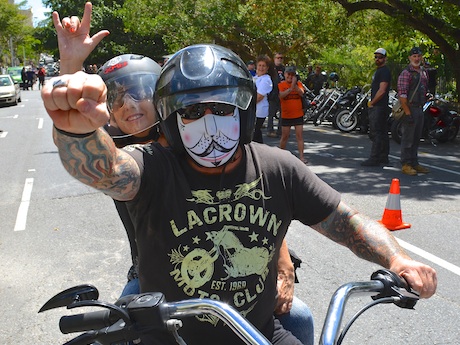 The police have argued to the taskforce to keep the current laws based on their assumption that “outlaw bikies” (a term that is not clearly defined), are 25% more likely to commit crime.

If the same could be statistically proven for a particular race or religion, should we then have punitive enforcement and penalties for all people of that race or religion?

Over-eager policing straight after the introduction of the VLAD Laws led to innocent riders being harassed and inconvenienced, including one man wearing a Sons of Anarchy t-shirt and the motorcycle funeral cortege for a 70-year-old woman who died of cancer and was the wife of longtime motorcycle shop customer.

Granted, that level of inept policing has since waned.

However, riders should still be concerned about the existence of the ineffective VLAD Laws as they are spreading to other states.