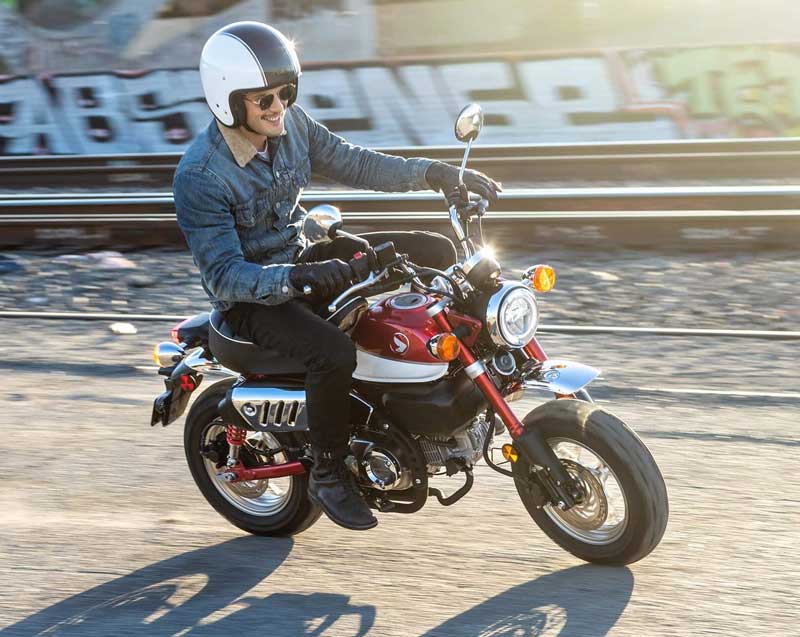 Pretty much everyone with the possible exception of Honda Canada, perhaps knowing something we did not (but we doubt it), acknowledged there was a hankering for the Honda Monkey in Canada. The classic little machine resided temptingly close, just over the southern horizon, in all its miniaturized hipster glory and a rare combination of both style, a touch of class and a lighter touch on your wallet. The bike is easily imagined loitering just beyond the frame of a Ducati “Land of Joy” video or photoshoots. A shiny red intruder parked amid a row of also hidden Vespas, its owner happily enjoying a gelato while contemplating a frolicsome swim with some suitably attired companions in the sun drenched Mediterranean. Isn’t that the dream of all riders – warm blue skies, carefree time and a frozen dessert?

The quintessential “Land of Joy”, for motorcycling at least, can be found on our continent complete with the golden light that is difficult to capture, and we have tried many times, that bathes California in its glow. The roads themselves – even those apparently headed nowhere  – can be asphalt ribbons of joy. We are blessed with great roads here but for sheer quantity, California has a embarrassment of riches. How solitary motorcycling joy can so easily be found so quickly just beyond the lane-splitting controlled chaos of an eight lane freeway can only be explained by some fortunate rift in the space-time continuum. If the unlikely explanation seems odd remember that in some ways California is as real as the “Land of Joy”. Was the Golden State ever so golden as the current and past legends of the motorcycling, film – or a combination of both – have led us to believe? No probably not and yet from experience we know that for moments, perhaps even hours, days or weeks, it can be.

California is the hotbed of motorcycle culture due to a combination of weather, roads, celebrity and corporate headquarters. Honda USA is found amid the haze of the LA basin which may explain why the likes of the Rebel 300 and 500 first appeared on its streets and beaches customized under a corporate directive to fit a surfing or beach lifestyle. The Honda Monkey also made its North American debut at that corporate office – itself only a few miles from the beach.

The Honda Monkey has thrived in California and there is little indication of a rebellion against its peculiar charms. It was just so appealing without being sickly sweet or a blunt result of some marketing genius’s global vision. When you aim too closely, too assuredly knowing what is going to be cool, missing the mark follows. The Monkey was genuine and that is why it has succeeded and is coming to Canada for 2022 for an MSRP of $5299.

But there is something else appearing on the the sandy beaches of California that is also makings its way to Canada. It is the 2022 Honda Navi and its arrival is both interesting and confusing as it expands Honda “MiniMoto” line to four machines in Canada (still lagging one behind California’s five).

The Navi is a scooter hiding beneath the plastic skin of a motorcycle. Which is fine. Fine because it is about to become the cheapest motorcycle-like scooter in Canada at an almost jaw-droopingly cheap $2299. And we assume that low price doesn’t exclude the little plastic-clad machine from the quality we have come to expect and trust from just about any Honda product from the camp generator to the Gold Wing to the humanoid robot. 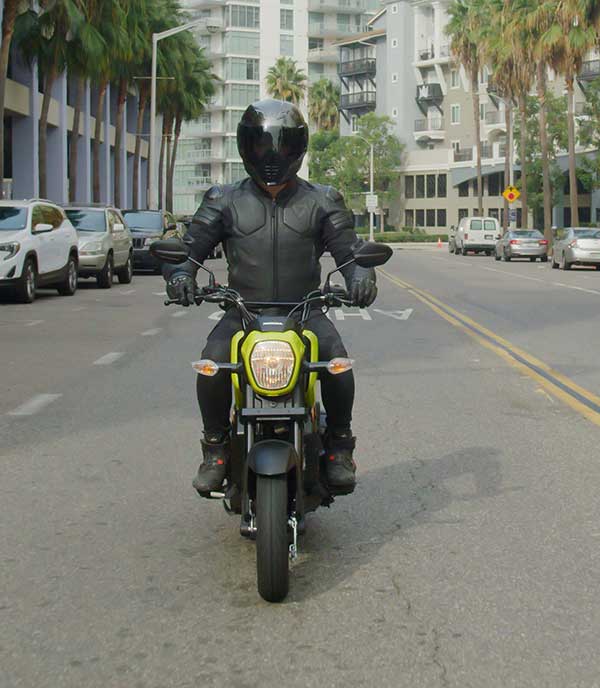 And yet the Navi doesn’t seem destined to bathe in the golden glow of a beach sunset sprinkled with a few drops of melted gelato. The Navi seems more at home under the fluorescent lights of your local mall parking lot. The good news here is that unless your uniform consists of a red bathing suit and David Hasselhoff’s endless and diligent seaward stare, you are going to take more trips to the big box. The Navi is a tool where the Monkey is an aspiration. The Grom, well it falls somewhere in between.

The Honda Monkey is obviously the premium offering in the “MiniMoto”. But its price compared to the Navi when both machines are being introduced to Canada at the same time? Plastic vs steel. Style vs utility. It is going to be interesting to see which wins. Canada may have wanted the Monkey and now we have it. But now with three choices for machines that are – or look like – motorcycles, which is going to rise to the top? The Navi might have the advantage of being too inexpensive to ignore despite the Monkey’s firm grip on the golden glow of the Golden State.