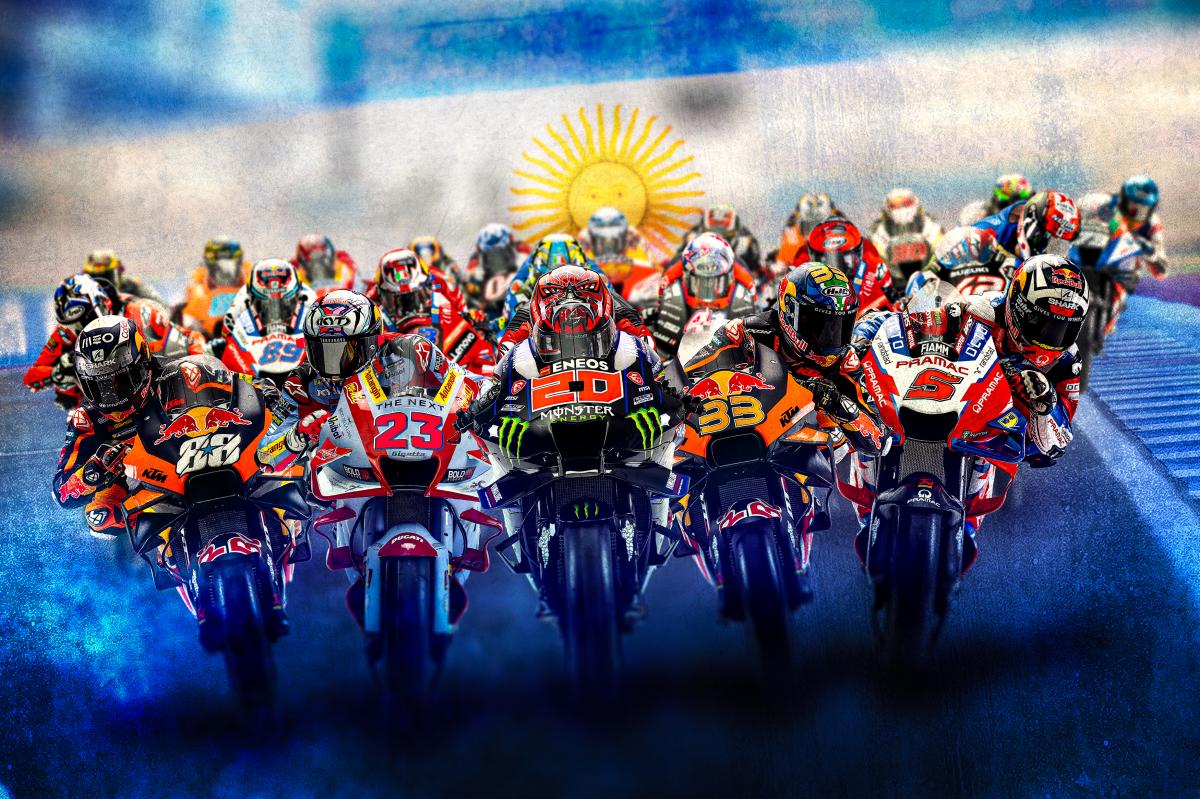 Andrea Dovizioso (WithU Yamaha RNF MotoGP Team) is, meanwhile, one of the three most experienced riders on the grid at Termas – but all his races, including podiums, were with Ducati. Now he faces a new challenge of taking on the track on the YZR-M1, and after a technical issue stopped him early in Indonesia, he’ll want to get back in the points as a minimum. On the other side of the garage the vibe was the opposite in Lombok, however, as Darryn Binder steamed up inside the top 10 and was as high as eighth before a fair but aggressive move from his brother, no less, saw the younger South African classified 10th. That’s put him top in the battle for top rookie so far in 2022 though, and it was truly a stunner that will have lifted his confidence even if Argentina proves dry – at a track where he already has a Moto3™ podium.