This time of year always brings the MotoGP™ World Championship standings into sharp focus, but we don’t normally expect the focus to be on eighth position! Yet that is exactly what happened in a Motul Grand Prix of Japan which turned out to be one of the craziest races of the season so far. Despite finishing towards the back end of the top 10, Fabio Quartararo (Monster Energy Yamaha MotoGP™) extended his lead in the riders’ standings after his two nearest rivals scored dreaded ‘zeroes’.

Quartararo might not be happy with how his own race at the Mobility Resort Motegi turned out, with the Frenchman unable to make his way forward after qualifying ninth. He only finished eighth but his Championship lead over Francesco Bagnaia (Ducati Lenovo Team) grew from 10 points to 18 on an even worse afternoon for the Italian. Pecco, too, struggled in traffic having started 12th, and those teams orders still aren’t in place if his battle with fellow Ducati rider Enea Bastianini (Gresini Racing MotoGP™) was anything to go by. Still, Bagnaia had a chance to pass Quartararo on the final lap until he crashed under brakes at Turn 3 and recorded a DNF. 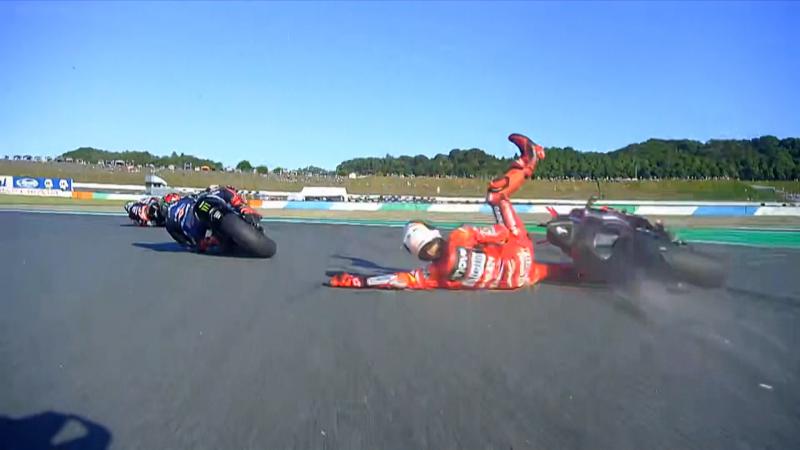 The Ducati man attempted a move on the Championship leader with just a few corners remaining, but ended up sliding out of contention

No reward for Espargaro in an afternoon of toil

Aleix Espargaro (Aprilia Racing) could at least lay claim to finishing, but the effect was the same as Bagnaia’s – zero points. The Spaniard jumped from one RS-GP to another when he pitted at the end of the sighting lap due to a technical drama and could only ride from last in the 25-strong field back to 16th, one position outside the points. It means that he is now 25 points, or the equivalent of a full race, behind Quartararo now. 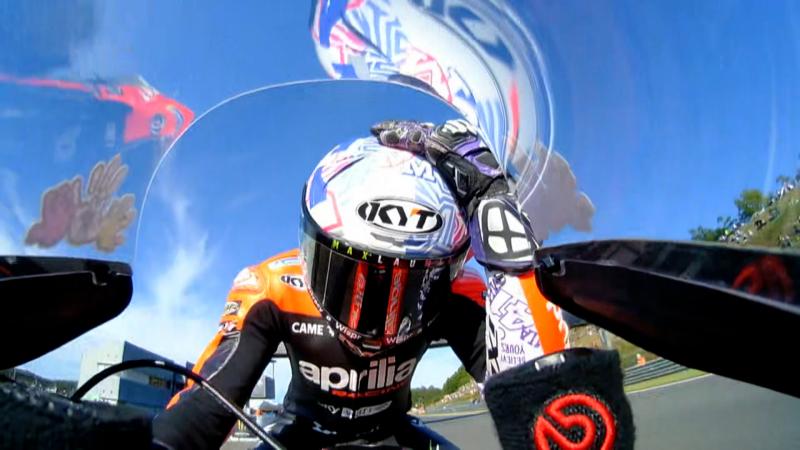 The number 41 was forced into a bike switch and pit lane start, and reflects on a huge missed opportunity in the Championship chase

Who else is in the hunt?

In theory, eight riders are still in with a shot of being crowned World Champion in 2022, given Jorge Martin (Prima Pramac Racing) is 99 points off the pace after his podium today, with another 100 points on offer over the final four rounds of the season. However, it’s going to be a tough ask even for Enea Bastianini (Gresini Racing MotoGP™), who is fourth in the standings. The Aragon GP winner finished ninth in Japan and therefore saw his deficit to Quartararo grow by one point to 49. Strictly speaking, he does not need to beat ‘El Diablo’ next weekend in Thailand, but in reality, that is a must for ‘La Bestia’ to keep his title hopes alive. Meanwhile, Jack Miller (Ducati Lenovo Team) consolidated fifth thanks to his victory at Motegi, with the Australian now 11 points behind Bastianini.

Of course, if the Japanese GP taught us anything, it’s that anything can happen in MotoGP™. Catch the OR Thailand Grand Prix, at the Chang International Circuit, from next Friday, September 30!