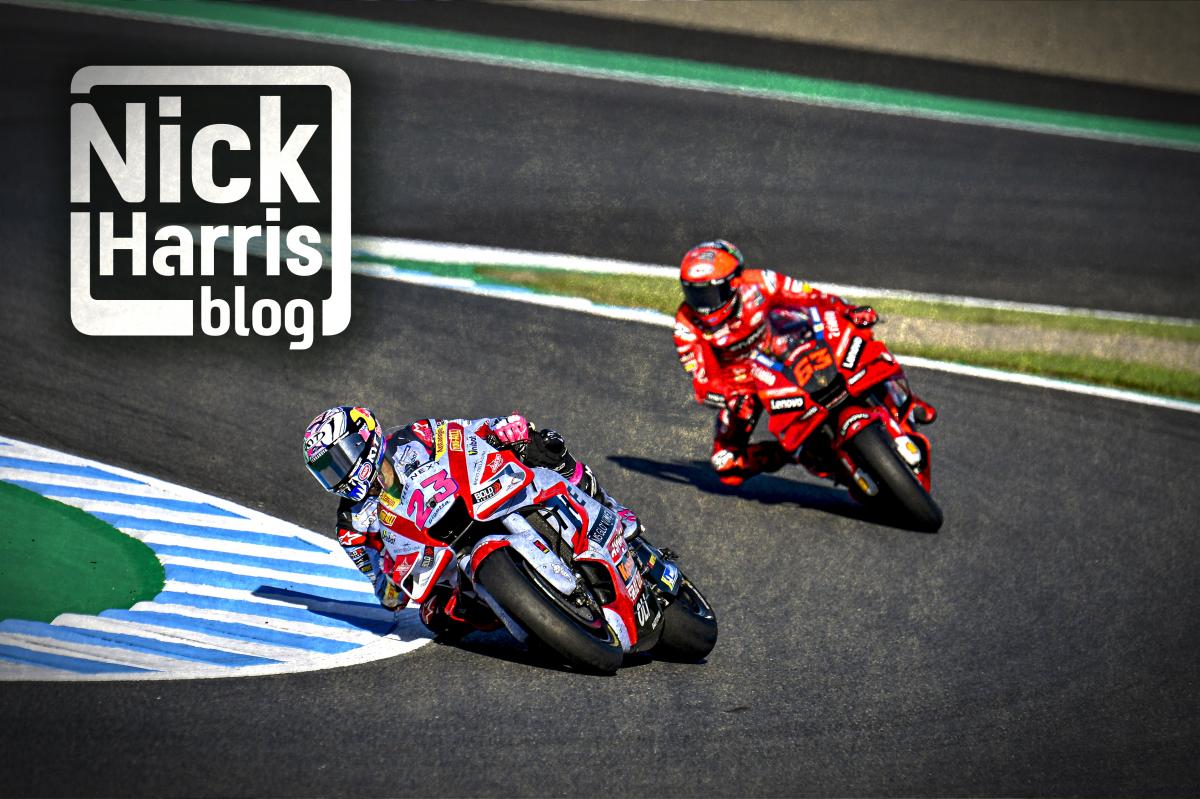 Bagnaia and Bastianini may not have exactly tread on eggshells in their last lap Ducati duels at Misano and Aragon, but they showed ample respect for each other. Teammates may not receive orders but do not wreck their Championship ambitions by doing something stupid at a vital moment – just ask Dani Pedrosa. Nobody will forget and especially the Repsol Honda team that afternoon at Estoril in 2006. It was the penultimate round of the World Championship. Leader Nicky Hayden arrived with a 12 point lead over Valentino Rossi and was comfortably placed third in the race behind the Yamahas of Rossi and team-mate Colin Edwards. His Repsol Honda team-mate Pedrosa was right behind as they raced into that tricky left hand at the end of the back straight with twenty-three laps remaining. The 250cc World Champion Pedrosa left his braking too late, ran onto the kerb, locked the front wheel, with his sliding Honda skittling down teammate Hayden.