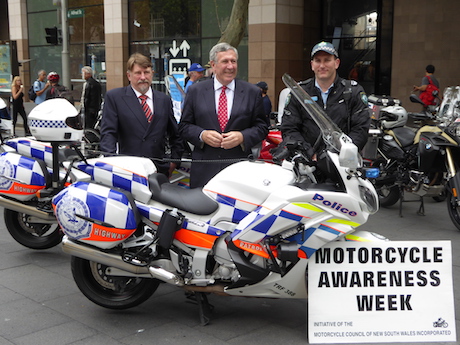 International-standard helmets remain illegal to wear in some states while NSW has urged the federal government to get their act together and make them legal to sell.

NSW Transport Minister Duncan Gay has announced that NSW will approve the use of international-standard UNECE helmets, but only after the Federal Government and Australian Consumer and Competition Commission approve their sale by local retailers.

Queensland, Victoria and the Northern Territory have already accepted international-standard UNECE helmets, but riders cannot wear them outside their state.

NSW, South Australia and Western Australia still say they are illegal and they will fine non-compliant interstate riders, while the ACT and Tasmania have not indicated either way, leaving riders in a world of confusion.

And under a strange twist, Consumer Protection Notice 9 (CPN9) only allows Australia-approved helmets to be sold here. So the only way riders can obtain a UNECE helmet is to buy one when travelling overseas or over the internet.

The Australian Motorcycle Council warns riders against buying a helmet online without having first tried it on, saying a badly fitting helmet is less than useless in protecting a rider’s head in a collision.

The NSW announcement has been welcomed by NSW motorcycle Council vice-chairman Christopher “CJ” Burns and helmet campaigner Wayne Carruthers who say it reinforces points made at the helmet standards forum hosted by Standards Australia earlier this year and puts pressure on the ACCC to change the CPN9 rule for purchase and distribution. 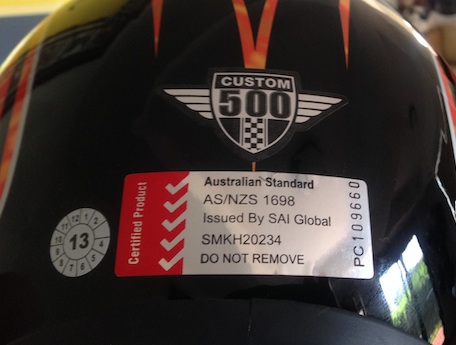 “The Minister’s announcement also puts in place some security for local retailers and ensures that NSW riders will be able to try on helmets for correct fit, which is one of the basic requirements for helmet safety,” he says.

While it might seem a case of putting the cart before the horse by approving helmets which cannot legally be sold here, the horse has already bolted in two states and the NT, leaving riders confused about legalities when crossing state borders.

Wayne says the NSW announcement delays the nationwide acceptance of UNECE and is a “motherhood”statement which doesn’t address the “unConstitutional” situation of road rules in the rider’s home state being ignored interstate.

“While the announcement from the NSW Minister is welcomed as a step forward it is really only a promise that one day sometime NSW will fall into line … and move into the modern world,” he says.

Meanwhile, he says riders from Queensland, Victoria and Northern Territory who cross the border wearing an approved helmet face the wrath of the NSW police and may cop a fine for a “non-compliant helmet”.

“It is believed that the NSW Roads and Maritime Services have advised that until NSW approves the use of UNECE helmets that they will be considered illegal in NSW and interstate riders will be fined,” he says.

“This attitude leaves riders on the borders with Queensland and Victoria in an impossible position with roads which weave in and out of the adjoining States.” 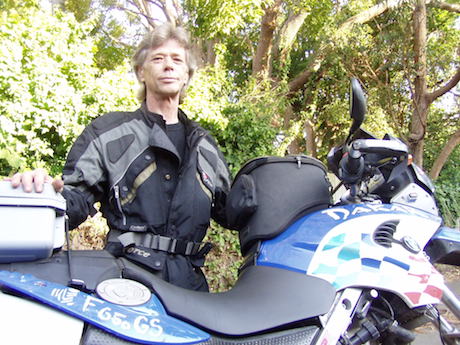 As for the other states, Wayne has sought responses from the relevant ministers and is not happy with the results.

South Australia and Western Australia advised that UNECE helmets worn by interstate riders will not be recognised as legal, while the ACT and Tasmania have not indicated whether they are legal or not, leaving riders in a state of confusion.

Wayne says the NSW announcement does not address the issue which affects all road users that there are no provisions in State Road Rules to recognise the rules in the rider’s home state.

“This is a provision embedded in the multiple clauses of the Constitution which are conveniently ignored by each of the States who wish to act unilaterally and which some may describe as psychopathic behaviour,” he says.