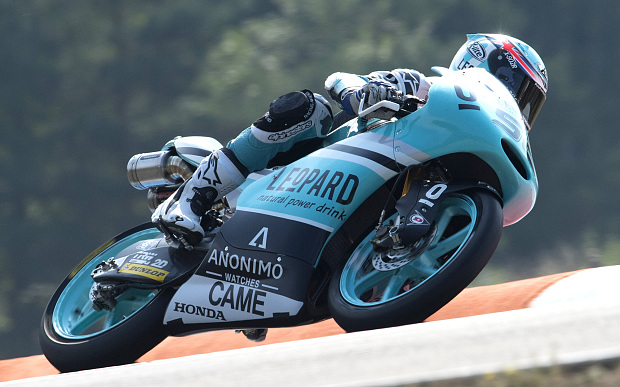 With top-flight racing at Phillip Island in Australia, Doha in Quatar and Brands Hatch in the UK it’s set to be a bumper weekend for fans of two-wheeled motorsport.

In the early hours of Sunday morning, MotoGP takes place in Australia. With most of the headlines focusing on the intriguing battle between Yamaha team-mates Jorge Lorenzo and Valentino Rossi, British interest will be concentrated on the Moto3 race where Danny Kent could be crowned Britain’s first grand prix world champion in almost 40 years.

Not since Barry Sheene won the 500cc title in 1977 has Britain been able to celebrate a champion in any class of grand prix racing. There are many permutations that will result in Kent being crowned, basically were he to finish second the title will be his even if his main rival Enea Bastianini wins the race. With only 75 points available if he wins the next three races, Bastianini’s maximum possible haul for the season is 263, while Kent currently has 244 points, a 56-point advantage. Should Bastianini score six points or less Kent will be champion, regardless of his own finishing position.

The omens are indeed good for Kent, it should only be a matter of time before he is crowned champion. However the omens are not good for either he or Bastianini for the race. History doesn’t bode well for Honda riders Kent and Bastianini, with all three Moto3 races that have taken place at Phillip Island to date being won by KTM. But 2015 though has been a different story with Honda having won 11 of the 15 races to date.

The maturity and race strategy Kent has shown so far this season suggests he will not risk all for the win. At the rain-hit Motegi round last time out he was content to sit behind Bastianini, going past his rival only in the latter stages and finishing one place ahead of him in sixth, reinforcing his superiority and no doubt sowing further doubt in Bastianini’s mind. 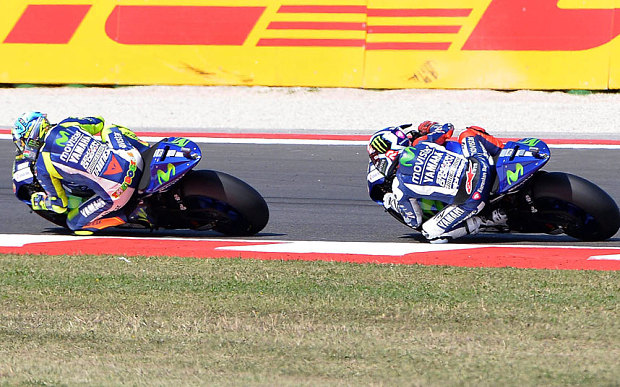 Despite the heroics of Danny Kent, the main interest for many remains the MotoGP class, and this year it is definitely proving worthy of the attention. Valentino Rossi heads the championship by 18 point, leading team-mate Jorge Lorenzo 283 points to 265. Once again in Japan Rossi used wet conditions to his advantage, finishing in second, one place ahead of Lorenzo, increasing his championship lead by four points.

Of the 13 MotoGP races staged at the Australian circuit, Rossi has been victorious five times to Lorenzo’s once, Rossi’s most recent win being last year while Lorenzo was victorious in 2013. Rossi will be aiming for a sixth win at the circuit which would equal the number of MotoGP wins at the circuit by Australian Casey Stoner, though Stoner’s wins came in consecutive years. Prior to 2014, Rossi’s last win at the circuit was in 2005, but it remains a circuit that he enjoys.

The battle for the championship may be between Rossi and Lorenzo, but as recent results have proved the Honda pairing of Marc Marquez and Dani Pedrosa are capable of splitting, and indeed beating, the Yamaha pair. The last thing either Rossi or Lorenzo want is to finish behind their team-mate, but to do that and have one or both of Marquez and Pedrosa between them could be disastrous for their championship aspirations.

Rossi may be reluctant to talk about it, but he knows that three second-place finishes in the final three races of the season will mean the championship will be his for the first time since 2009. Regardless of how, if Rossi is champion come the final round in Valencia it will add further credence to the argument that he is the GOAT (the Greatest Of All Time).

It is one of those arguments that is impossible to win, but to many commentators he is already the holder of that title. Where everyone does seem to agree is that just like this year’s championship, the competition for the title of GOAT is a two-horse race, with Mike Hailwood being Rossi’s competition in this instance.

In the Moto2 class, with Zarco already crowned British interest will be focused on Sam Lowes who will be looking to further tighten his grip on fourth place in the championship.

Buoyed by the fact that he has recently signed a contract that will see him step up to the works Aprilia in the MotoGP class for 2016, Lowes will want to continue to impress and reinforce the fact that next year with the aid of a Kalex chassis he will be looking to be a serious contender.

With the World Superbike Championship in his hands already, Kawasaki rider Jonathan Rea still has plenty to ride for at the Losail circuit near Doha, Qatar, as he is within touching distance of becoming the highest ever points scorer in WSB. Rea has 528 points with the current record set by Colin Edwards in 2002 being 552 points, meaning Rea needs to score 25 points from the two races this weekend.

The main interest will be around the battle for second place in the championship between Ducati’s Chaz Davies, who currently sits in second, and Rea’s team-mate Tom Sykes, currently third. Sykes is 16 points behind Davies, meaning it will be a tough ask to claim second spot. Furthermore, he has publicly stated that he neither wants – nor expects – help from Rea. 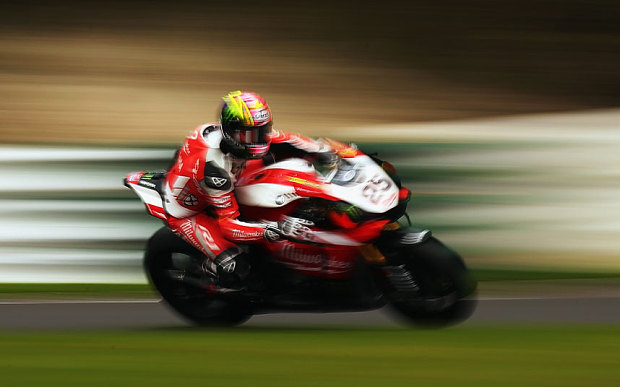 Josh Brookes of Milwaukee Yamaha is in with a solid chance of winning the 2015 British Superbike Championship  Photo: GETTY IMAGES

Finally, this weekend Brands Hatch in Kent hosts the final round of the MCE British Superbike Championship. With three races across Saturday and Sunday and a maximum potential haul of 75 points, only two riders are in contention for glory; current championship leader Australian Josh Brookes and Kent’s own Shane ‘Shakey’ Byrne.

The maximum points attainable by Byrne is 681, which means that to secure the title Brookes requires 28 points over the three races. Brookes, however, is not concerned with the mathematical permutations, he is only interested in race wins. Barring disaster, come teatime on Sunday Brookes will become the first Australian to win BSB since Troy Bayliss in 1999.

The Riders Cup for those outside of the top six is far from over, with only 19 points separating the top four. Buildbase BMW rider Richard Cooper has a 16-point cushion over Luke Mossey on the Quattro Plant Kawasaki and is favourite to take the crown.