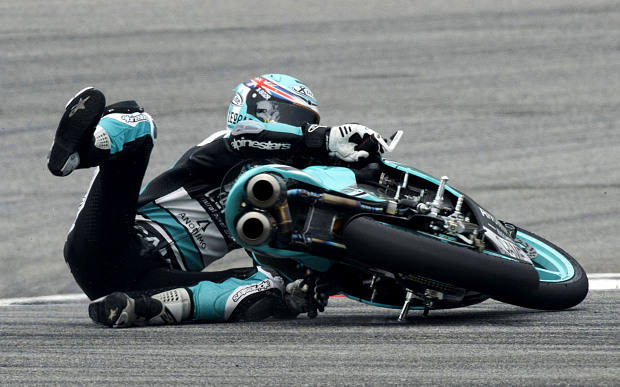 If Danny Kent is to give Britain the Grand Prix world champion it has craved for almost 40 years, he simply needs to score 11 points over the final two rounds of the Moto3 season in Sepang, Malaysia and Valencia, Spain. But he could win it this weekend in Sepang if he finishes in the top five or ahead of his closest rival, Miguel Oliviera.

With only one win from the last seven races and two DNFs, however, Kent’s form is not the best and by no means approaching that of the early season when he won three of the opening four races. Since then he has won only three out of 12.

His no score last Sunday in Australia was a combination of bad luck and impatience. Bad luck in that he was hit from behind and forced off the track, and then impatience as he tried to get back through the field. His pace was clearly superior to that of all around him and he was on for a good points haul that would have pretty much guaranteed the title when he was involved in another collision – one that ended his race.

In real time, Kent’s second accident looked horrible, and could easily have ended his season. Luckily, he walked away without serious injury, ready to renew battle this weekend.

Such is the nature of the racing in Moto3 that nothing can be taken for granted. In fact, Kent’s dominance early in the season was very much at odds with the normal cut and thrust of Moto3. Last year’s championship went down to the final race, as did the 2013 title battle.

Still, I for one will have the alarm set for an early rise on Sunday and fully expect to witness Kent become World Moto3 Champion 2015.

Regardless of the result in the MotoGP race on Sunday and its influence on the outcome of the championship, Valentino Rossi is set to become the rider with the most starts in Grand Prix history.

Sepang will be Rossi’s 329th start giving him one more than his close friend, the now retired Loris Capirossi. Rossi already holds the record for the most starts in the premier class, with 268 going into Sunday, 23 more than Brazilian Alex Barros.

With 11 points between Rossi, the championship leader, and second-placed Jorge Lorenzo, it is not inconceivable that the title could be decided on Sunday, though barring a disaster befalling either of the top two, the championship will be decided in two weeks time at Valencia. 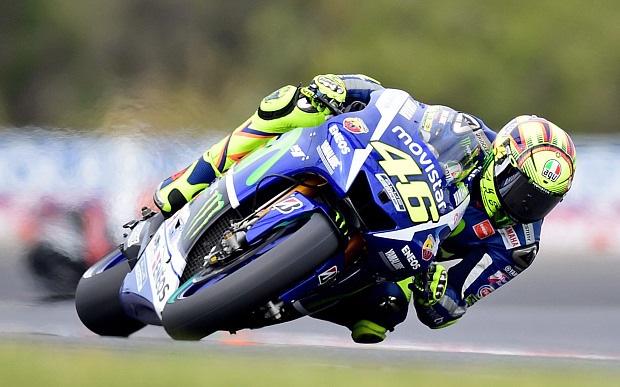 Valentino Rossi will soon have the most starts in Grand Prix history  Photo: Getty Images

On current form and pace Lorenzo holds the advantage, but as Rossi proved once again last week in Australia, he invariably saves his best for race day. Even though he eventually finished fourth, two places behind Lorenzo, his race pace belied his performance in practice and qualifying when he was 0.3 seconds slower than Lorenzo, and 0.6 behind pole setter Marc Marquez.

If history is anything to go by Rossi needs a good weekend in Sepang as he tends not to fare well in Valencia. Predicting the winner this weekend is difficult; both Rossi and Lorenzo have been solid performers at the Sepang circuit in recent years. And then there is the resurgent Marc Marquez, who could also have a say in the battle for which side of the Yamaha garage is ultimately victorious.

Personally, I would dearly love Rossi to win the Championship, and if that were to be this weekend then so be it. Though on a selfish note I would much prefer it to happen in Valencia; my bag is packed, flights and accommodation booked and I can’t wait to witness the end of what will have been a truly classic season of MotoGP racing. The icing on the cake would be Kent keeping us waiting another round.