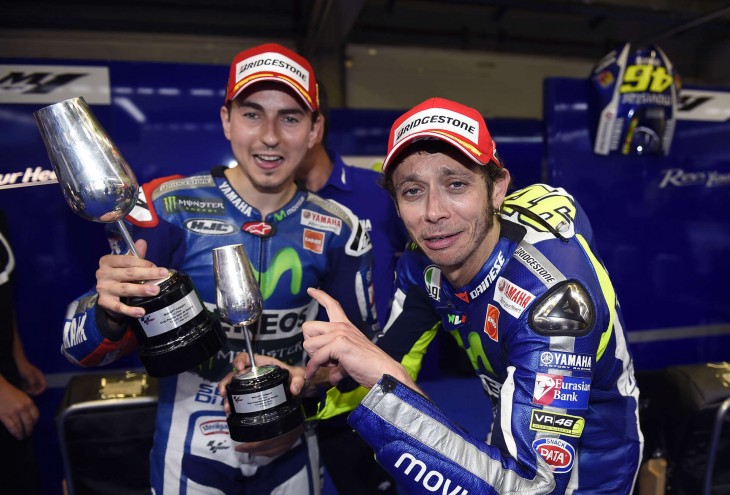 At the opening press conference, while sitting between Jorge Lorenzo and Marc Marquez (Honda), Valentino Rossi accused Marquez of “playing” with his opposition at Phillip Island (a race Marquez won on the last lap) with erratic lap times that showed Marquez could have left the fight at the front whenever he chose.

Essentially, Rossi contends Marquez held up himself and Andrea Iannone (Ducati) to help Lorenzo at the front. Of course, it didn’t help Lorenzo when Marquez passed him on the final lap relegating Lorenzo to second place.

The simple math says Rossi will win this World championship if he finishes immediately behind Lorenzo in each of the 2 remaining races. If, however, another rider splits Lorenzo and Rossi, Lorenzo can garner enough points to win.

As a footnote, Friday practice at Sepang saw Lorenzo post the fastest lap time with Rossi eighth quickest in the second of the 2 Free Practice sessions. Stay tuned for weekend MotoGP coverage here on MD.