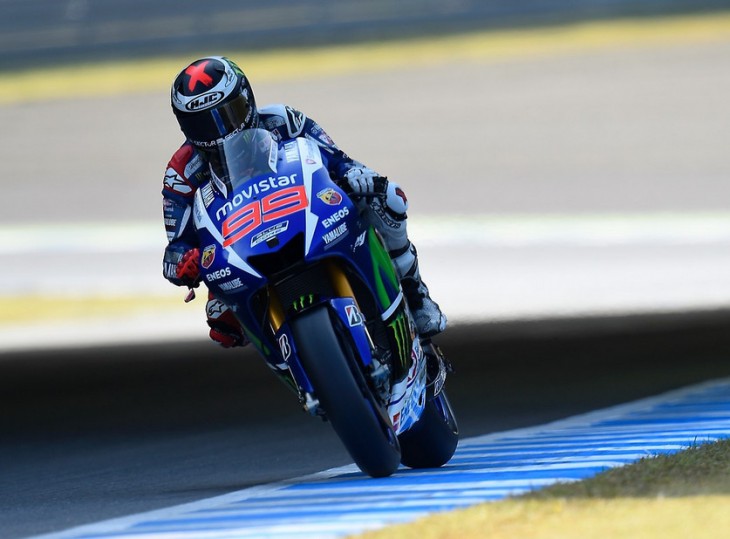 Concerns for the condition of Jorge Lorenzo’s shoulder, which he injured earlier this week while riding a mini bike, all but faded after he showed blistering speed during the first day of practice for the Motegi round. Lorenzo topped both Free Practice sessions on Day 1 at Motegi, and was nearly a full second quicker than teammate Valentino Rossi (who was 8th quickest).

This will be an interesting race for a number of reasons. Both Ducati and Suzuki seem quite quick here, and Marc Marquez is uncharacteristically outside the top 5 on Day 1 as he recovers from a broken finger that was surgically plated just last week.

As a reminder, with four races remaining, Lorenzo is trying to close a 14 point gap to Yamaha teammate Valentino Rossi, the current championship leader.