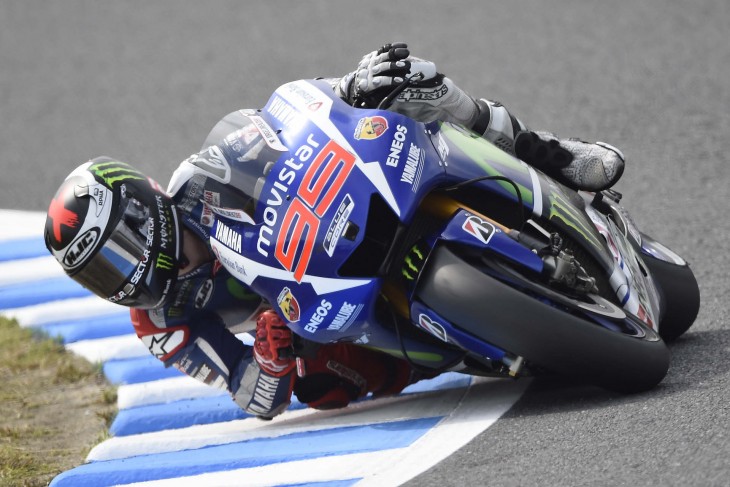 It is no longer big news when Jorge Lorenzo takes pole position for a MotoGP race, but the performance of his Yamaha teammate earlier today was noteworthy. Valentino Rossi qualified second, and less than 1/10th of a second behind Lorenzo. Rossi feels he can challenge Lorenzo for the win even if tomorrow’s race is dry (there is rain in the forecast).

The Yamaha duo were in a class of their own … nearly 1/2 a second clear of Marc Marquez (Honda) in position three. The Ducatis of Andrea Dovizioso and Andrea Ionnone qualified in fourth and fifth positions, respectively.  Stay tuned for our report on tomorrow’s race.