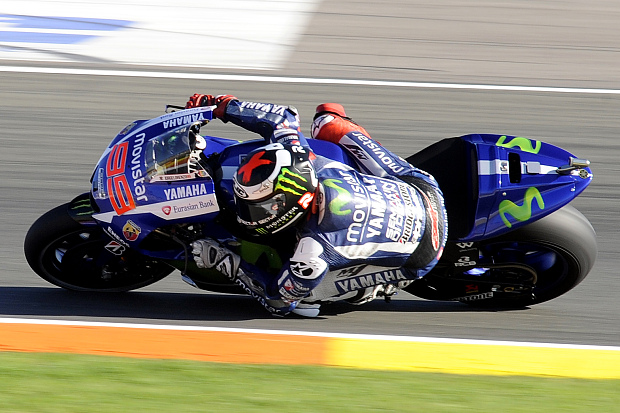 Yamaha’s Jorge Lorenzo is second in the championship, but favourite to take the title Photo: AP

Under normal circumstances, Danny Kent’s quest to become Britain’s first GP world champion since Barry Sheene triumphed in the 500cc class in 1977 would be the biggest motorsport story of the weekend. But while Kent still needs two more points to guarantee the Moto3 title, it’s the climax of what has been the best MotoGP season for years that is actually causing the biggest stir.

Valentino Rossi has headed the table since round one at Qatar back in March. However, his lead over Yamaha teammate Jorge Lorenzo is just seven points going into Sunday’s finale at Valencia’s Ricardo Tormo circuit. And Rossi has become embroiled in a bitter feud with outgoing champion Marc Marquez that could ultimately decide the destination of the championship – if it hasn’t already.

Things came to a head between the two in the last race, at Sepang. First in the pre-race press conference, where Rossi, usually the master of the mind game, tried to cast his spell on Marquez. But it would seem that this time around Rossi managed only to reinforce his own belief that Marquez was against him and for Lorenzo.

What happened when the two then literally came together on track has been well documented. While to the astonishment of many, the race result stood, with Rossi retaining his third-place finish. The punishment he did receive could mean that the elusive 10th world title is now out of reach for another year; maybe forever. 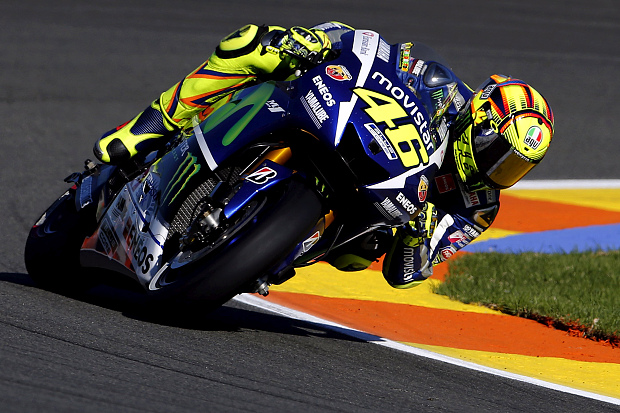 Valentino Rossi will start from the back of the grid in Valencia / Photo: Reuters

Rossi will be forced to start from the back of the grid, whereas Lorenzo has qualified on pole. And even if Lorenzo slips to third in the race itself, Rossi would need to finish sixth or higher to take the title. Second for Lorenzo, and Rossi would need at least third. And should Lorenzo win – probably the most likely outcome given his recent form – only second place would suffice for Rossi.

The odds are stacked heavily against the Italian, then, but he can never be written off. And while he crashed at the end of qualifying, he should have been able to use the session to concentrate on getting a good race set-up, since he didn’t have to worry about producing one hot lap to give himself a good starting position.

Last year at Valencia, Lorenzo had a DNF, while Rossi managed second place. But it’s not a circuit that Rossi traditionally goes well at. When in 2006 he headed to Valencia leading the championship from Nicky Hayden, a poor start and uncharacteristic fall gave the championship to his American rival, something that will undoubtedly be on his mind going into this weekend.

Whatever happens tomorrow, though, 2015 will be remembered as a classic season and talked about for a long time to come. The Rossi-Marquez feud even made breakfast TV in the UK on Friday, which is anything but normal. And race day has been sold out for some time. All I can say is bring on Sunday, and may the best man win. 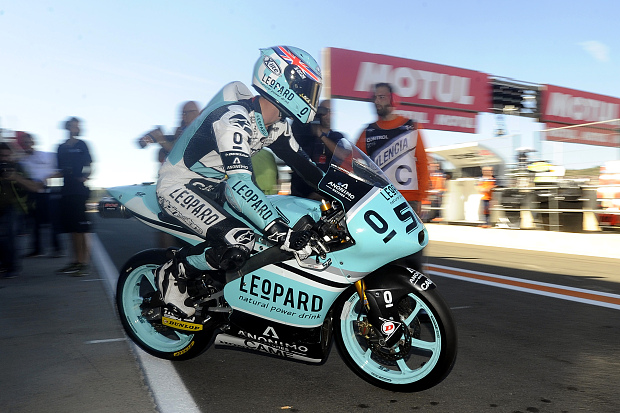 As for Moto3, I can’t quite believe that once again I’m writing about the prospect of Danny Kent finally clinching the Moto3 crown. Many will say he has suffered bad luck recently and has not maybe had the support he would have expected from his teammates out on track. Both of these things are true, but there has also undoubtedly been a large dose of nerves.

Finally, lest we forget, there has also been the small matter of Miguel Oliveira’s form in the second half of the season – the equal of that of Kent in the first half. The young Portuguese rider has finished in the top two in the last five races, and heads to Valencia with an outside chance of becoming World Champion. However, it would require him to finish first and for Kent to be outside the top 14.

I can’t begin to imagine what it must be like for Kent to have the weight of the nation’s bike racing fans on his relatively young shoulders, but he races bikes to win races and championships, and with that comes the pressure. Danny, your country expects. Good luck.