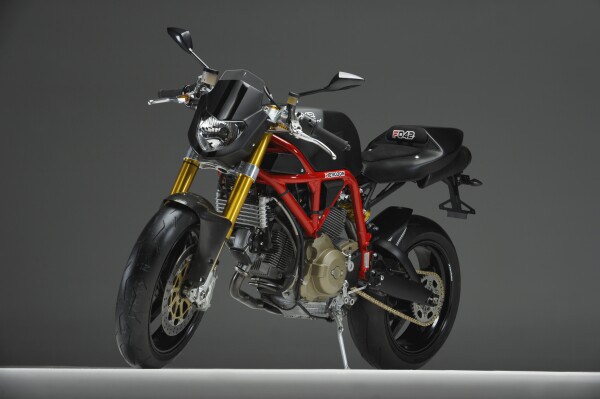 It seems only fitting that a company that takes a Ducati Monster motor, and puts it in its own proprietary frame should also hail from the Italian city of Bologna, as is the case here with Pierobon. Making a bevy of parts to add to your Ducati of choice, Pierobon also makes complete bikes, and has recently done up its F042 hstreet for your motorcycling consumption.

Showing off Pierobon’s aluminum trellis frame, the Pierobon F042 hstreet also features the ability to mount any of the current two-valve v-twins from Ducati (we’d suggest the peppier 1,100cc version, but wouldn’t judge anyone for going after a 796cc or 696cc motor).

While each bike is made to order, you can expect to drop at least €19,980 on a Pierobon F042 hstreet if you want one in your garage. For the more adventurous and mechanically inclined, the frame can be bought as a stand-alone part for the tidy sum of €3,680. Not exactly ridiculous prices for something that looks this good. Photos after the jump.