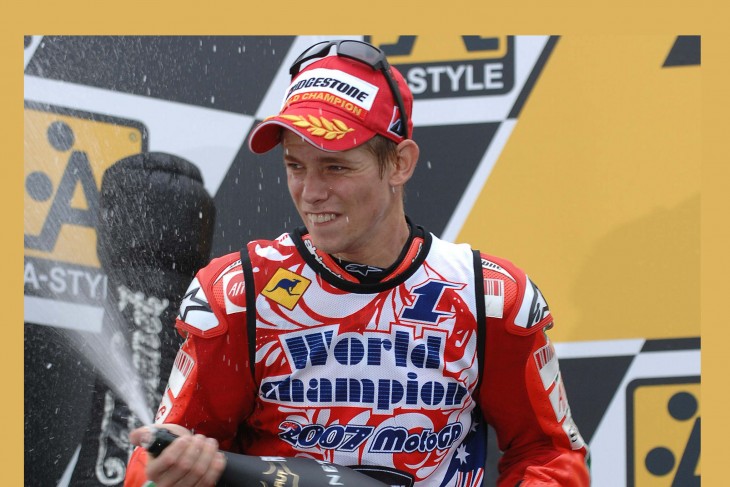 As we expected, Casey Stoner is back with Ducati next year to serve as both a MotoGP test rider and brand ambassador. In addition to his lofty skills as a rider, Stoner could be invaluable to Ducati given his intimate knowledge of the Honda MotoGP bike’s performance. Here is the official announcement from Ducati:

Ducati Corse is delighted to announce that two-time MotoGP World Champion Casey Stoner will return to the Italian manufacturer next year in the role of brand ambassador and test rider.

Casey Stoner won the 2007 MotoGP World Championship on the Ducati Desmosedici GP with ten wins in eighteen races, results that also helped the Italian manufacturer to clinch the Constructors’ title. Between 2007 and 2010, Casey won a total of 23 races for Ducati.

The 30-year-old Australian from Southport (Queensland), who is widely considered to be one of the fastest and most talented riders ever, will become brand ambassador for the Bologna-based manufacturer and, as part of the agreement, will appear at the 2016 edition of World Ducati Week, scheduled to run from July 1-3. He will also take part in a selected number of MotoGP tests for the Ducati Team next year.

Casey Stoner: “It’s been a great journey with HRC over the last five years, winning the World Championship in 2011 was obviously a high point and I’ve made many friends and formed lasting relationships along the way. For 2016 I am very excited to announce that I will again be joining the Ducati team! I have so many great memories working with the people and the brand of Ducati and the opportunity to work with them again is something very special. Gigi Dall’Igna has brought with him a new approach and I’m looking forward to assisting the team, Andrea Dovizioso and Andrea Iannone however I can. The Ducati brand and the Ducati fans have been such a big part of my career and my life, so it will be really great to reunite the relationship and start another chapter with this iconic brand.”

Claudio Domenicali (CEO Ducati Motor Holding): “Stoner has always remained in the hearts of all the Ducatisti and I am really pleased that he has decided to come back to our family. Casey has an extraordinary talent and with his experience he will be able to make an important contribution for Gigi and the two Andreas in the development of the Desmosedici MotoGP bike. His presence at WDW 2016 will be a special gift for all the Ducati fans and enthusiasts, who will finally have the opportunity to catch up once again with this great champion who brought the 2007 world title to Borgo Panigale and who won numerous GP races with the Desmosedici GP.” 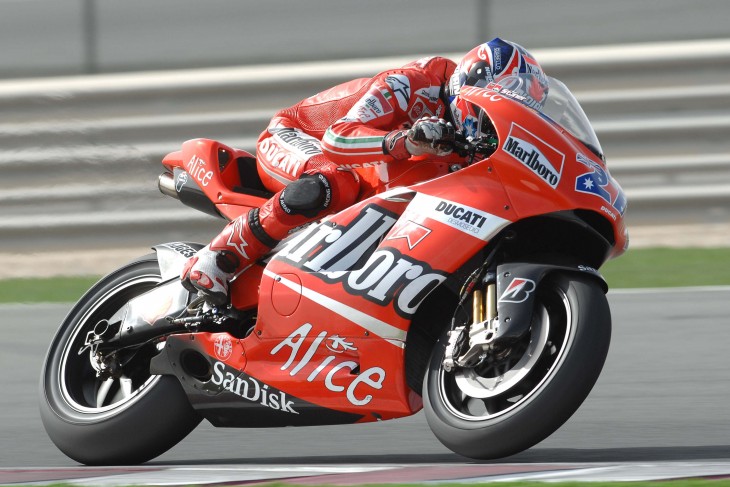