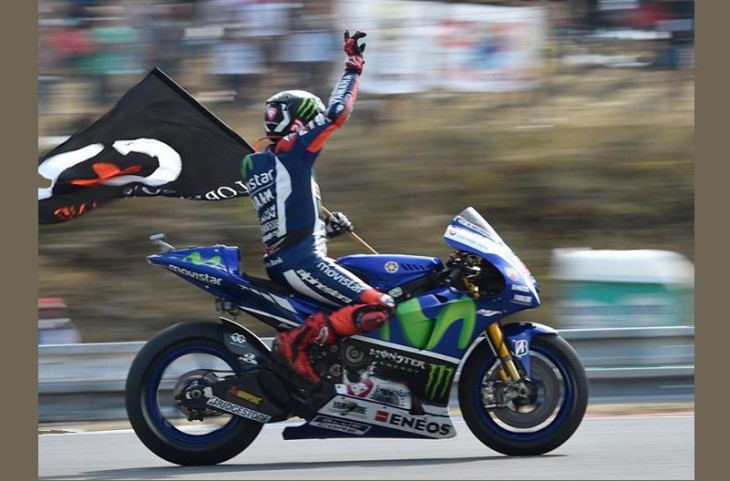 Wow! The MotoGP championship ended like a Hollywood script. Jorge Lorenzo won the race and the 2015 championship … his 3rd MotoGP crown and 5th world title overall. Lorenzo had to ride inch perfect to hold off the 2 Honda’s behind him, narrowly beating Marc Marquez and Dani Pedrosa to the line.

Behind the battle at the front, Valentino Rossi rode brilliantly to reach 4th position from the back of the grid, but it was not enough to win the title. Finishing well behind the front 3 riders, Rossi lost 12 points to Lorenzo today. Lorenzo thus finishes the series 5 points in front of Rossi.