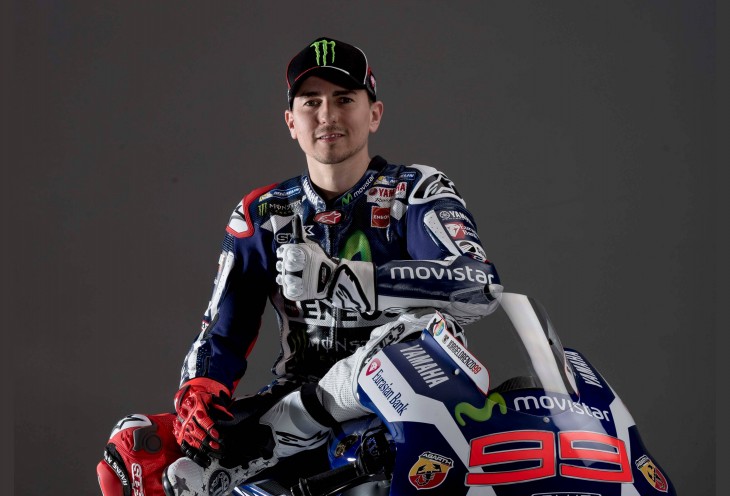 We talked extensively about the new tires and electronics all MotoGP teams will be required to run next year … Michelin tires and, essentially, a spec ECU and software. In theory, these changes, and the uncertainly that comes with them, might favor the smoothest riders. The smoothest rider of them all is defending champ Jorge Lorenzo.

At the unveiling of the 2016 Yamaha M1 yesterday, Lorenzo seemed to appreciate that he might have a leg-up on Marquez when he stated regarding the new tires and electronics that “the more technical and the more sensitive rider will have less problems than the more aggressive or less technical riders”. In other words, maybe we will see Marquez hit the deck more than once again in 2016.

All of the teams have to deal with the tire change (the rear Michelin is reportedly extremely good already, but the front needs work), but the biggest factory teams (Yamaha and Honda) are clearly moving backwards by abandoning their factory software and ECUs to work under the new rules. As 2016 testing gets underway at Sepang next month, we will have a better idea how the factories are coping, but the more “technical riders” (as Lorenzo describes them) may have the advantage this year.