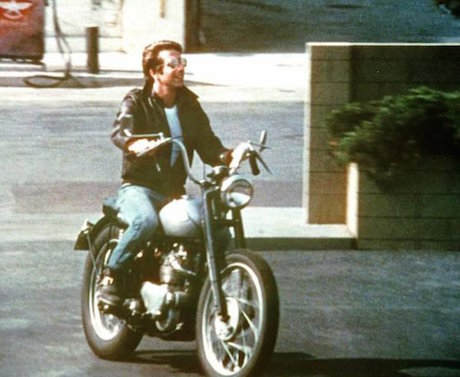 The famous Fonzie Triumph motorcycle seems to have failed to sell, yet again, after being offered for sale on eBay.

The item is no longer listed for sale and emails to the seller have not been returned, but it seems it may have failed to reach its reserve price. 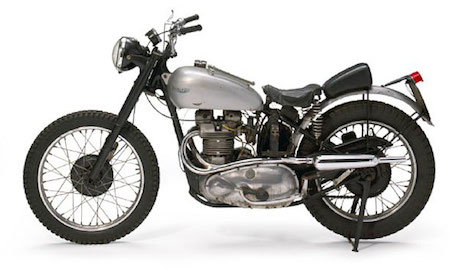 The 1949 Triumph Trophy TR5 Scrambler Custom is one of several bikes the Fonze used in the hit 1970s series set in the 1950s.

The early Fonzie bikes were actually Harleys. There was a Knucklehead, Panhead and possibly a Sportster. However, Winkler could not ride and found the Harleys too heavy to handle. He blamed his inability to co-ordinate clutch, brake and throttle on his dyslexia, but that hasn’t hindered the dyslexic Charley Boorman!

To accommodate his non-riding talents the Happy Days production crew switched to the much lighter Triumph. It started out fairly standard, even down to the “castrator” tank rack. However it was gradually customised by removing the rack – just as well as Fonzie crashed several times during shooting – adding ape-hanger bars as many Americans did back then, a bobbed front fender and switching from a bullet-holed muffler to pea-shooters. At one stage the bike was owned by Hollywood stuntman Bud Ekins who did the famed Great Escape jump for Steve McQueen. It has since been through several hands.

There may have been several other Fonzie bikes, including rumours of a BSA, but it is difficult to prove as often only a small portion of the bike was in shot. Because of his inability to ride, most scenes with Fonzie on a bike were stationary scenes with him sitting on it, so you rarely see a full shot of the bike in motion. 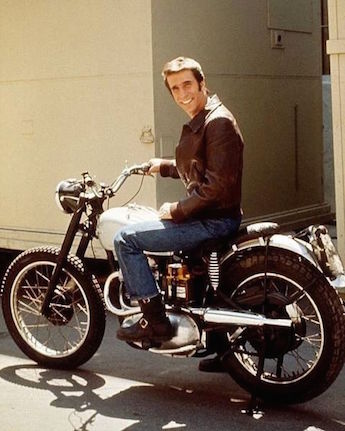 In one of the late seasons there is another Fonzie bike, but the model is unclear. His friends buy him the bike after he crashes his, but it is only on screen for a few seconds and it is difficult to identify. It looks like a customised Triumph with slightly extended forks. Some say it is a Trophy 650.

But the most-loved and best-known of all is the TR5 which is now up for sale.

Meanwhile, Fonzie’s Brando-style leather jacket is on display in the Smithsonian Museum of American History in Washington.