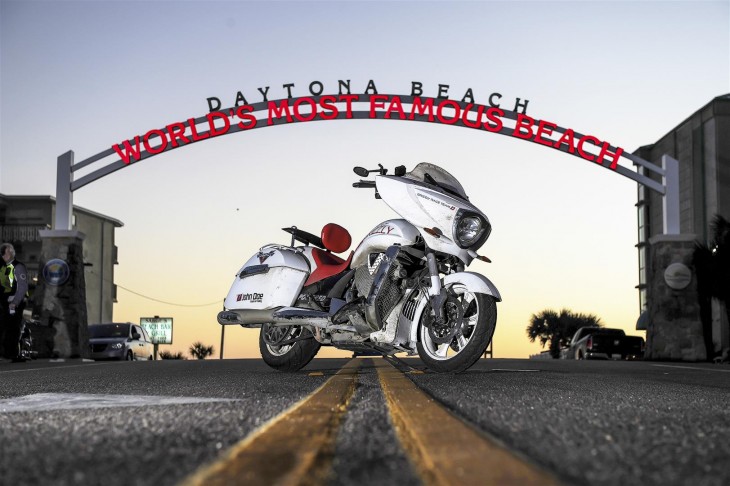 Long-distance riders are a special breed. Competing in events like the Iron Butt requires great endurance and concentration (even when sleep-deprived). Urs Pedraita (aka “Grizzly”) will leave Daytona’s Bike Week in early March aboard his custom Victory Cross Country for the ultimate endurance ride.

Urs will attempt to break the “round the world” record, riding through all sorts of weather conditions. A huge fuel tank, special navigation systems, custom seat and extra lighting will help. You can visit a special web site concerning Grizzly’s endurance riding here. Here is the press release from Victory: 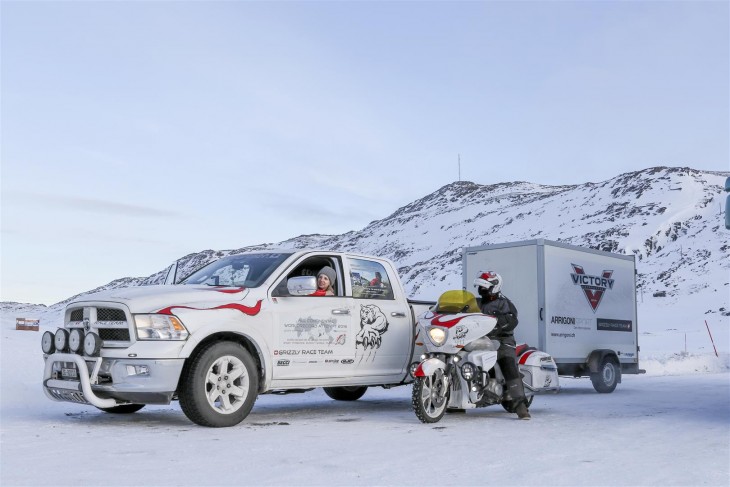 True to his name, Grizzly has been bear-like in his preparations to ride a Victory Cross Country around the world through all six continents in under 100 days (the record currently stands at 120 days). His aim is to ride with a continuous speed with as few stops as possible and he even plans to put the wheels on the ground in Antarctica.

Over the past year Grizzly has put himself through challenging acclimatisation rides in sub-zero temperatures and he says he is now ready to flex some ‘Modern American Muscle’ on board his Victory Cross Country. While this powerful bagger might be more used to cruising on paved highways, Grizzly shows that this kind of bike can be ridden everywhere – even on ice, snow, sand, mud and gravel.

Additional items on his Victory Cross Country include navigation systems, a 33-litre fuel tank, a customised seat with back support and two LED headlights added on the front for better visibility during his long night rides.

After leaving Daytona in March, Grizzly’s route can be seen in the attached imagery to this release.

Fans can follow his progress using the ‘Grizzly Tracker app’ which shows where Grizzly is at any time during the attempt. The web page for this is at http://www.grizzlyraceteam.ch/?page_id=1540 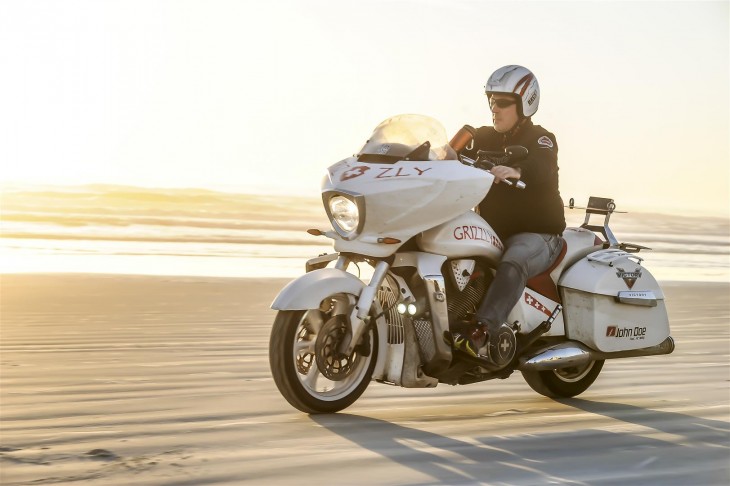 With his boundless energy, ability to survive on very little sleep and the ultra-reliable Victory Cross Country, we can count on Grizzly to add this attempt to his growing list of world distance riding records.

Owners of Victory Motorcycles are invited to join Grizzly for one lap of the Daytona 200 road course prior to the start of Grizzly’s record breaking attempt on Friday 11th March 2016. 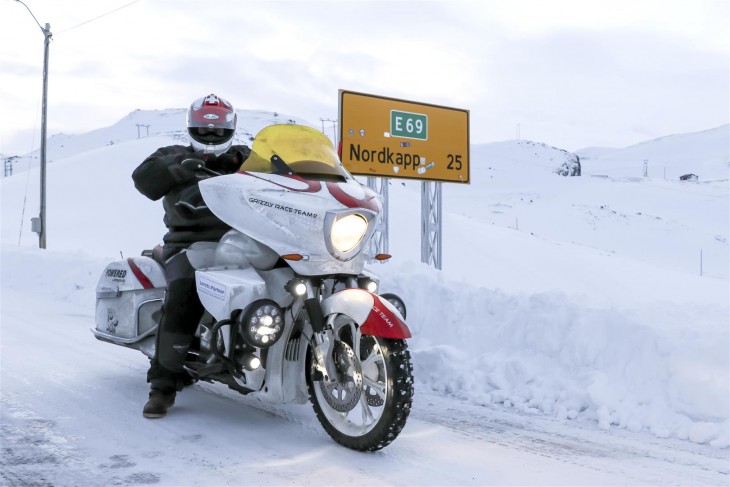