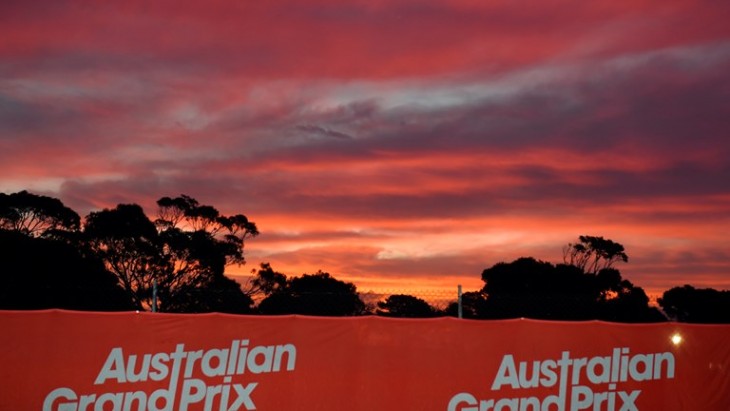 Movistar Yamaha MotoGP riders Jorge Lorenzo and Valentino Rossi return to action for the second Official MotoGP Test of the season at the Phillip Island Circuit.

After demonstrating during the test in Sepang a little more than a fortnight ago that their pace is still as fierce as it was at the end of the 2015 season, the Movistar Yamaha MotoGP team looks forward to continuing its testing program at the upcoming three-day test in Australia. On Wednesday riders Jorge Lorenzo and Valentino Rossi will once again hop aboard their shiny YZR-M1s to continue their preparations for this year’s title fight.

Lorenzo displayed a blistering pace in Malaysia. Despite not feeling 100% fit he was the only rider to dip into the 1’59s whilst using a hard compound rear tyre, to finish more than a second ahead of the rest of the field in the combined times. Having returned to full fitness, he looks forward to testing various setting options for the tyres, the electronics and the settings in the warm weather in Phillip Island, which is one of his favourite tracks.

Rossi will celebrate his 37th birthday today and wishes for nothing more than to get back on his bike as soon as possible. He showed that he is a force to be reckoned with this season, as he claimed fourth position in the combined standings after recording second place on day one and three in Malaysia. Similar to his teammate, the nine-time World Champion also certainly knows his way around Phillip Island and is focused on having his bike fully prepped for the start of the season at the end of March. He is eager to test new options and work on his set-up in the coming days as he hopes to make big steps and create a further understanding of the direction in which he will continue to progress.

“As the test in Sepang was influenced by the weather and by some accidents on track, luckily with no injuries to the riders, we could not actually complete our testing program. Yet it was a very positive and advantageous test in terms of performance and the information we were able to collect. Since the test in Valencia, in November 2015, we have made solid progress with both the electronics of the bike and effective use of the new Michelin tyres thanks to our engineers. From this point of view, Michelin brought excellent new materials in Sepang and they made a big step forward especially with the front tyre, with which we had some issues last year. We left Malaysia with two major question marks, the first being the direction of the development of the chassis – confirm the 2015 or go for the 2016 new one – and the second being the race simulation, because we preferred to skip it and test other things due to the limited time on track.

“As for the coming test in Phillip Island, we’ll focus from the very beginning on the decision on the chassis to start the season with. Then we’ll continue to fine-tune the bike to the new software. I also expect Michelin to bring new compounds to test, especially because Phillip Island is very demanding for the tyres, mainly on the left side. It would be too hazardous to make judgments after one test only, but I feel I can say we did a really good job in winter. Now we are looking forward to confirming this during the test in Phillip Island, which is a very different track compared to Sepang, in order to further establish the direction of our development.”

“I look forward to testing in Philip Island, especially in this period with warmer temperatures. I look forward to checking if the bike is as strong here, after the good start in Malaysia. It’s also an important test for the tyres at a track where usually the compounds struggle more. From my side I’m keen on keeping the pace and working even harder to understand the bike, the electronics and the tyres. Let’s see if we can continue the correct way of development. I’m also feeling good in my skin and I’m preparing mentally and physically for the coming season, which for sure will be as tough as last year. Despite the good results we had in Sepang, it’s crucial to stay calm and keep our feet on the ground because in this sport every day is so tricky and things change quickly.”

“After a few days of rest and working out at home, I’m ready for the second test of the season in Phillip Island. I’m very happy to test our bike at the Australian circuit. The temperatures will be high and this will be a good opportunity to gain other important data about the new tyres and the electronics. The test in Malaysia went very well for Yamaha. We still need to improve but in general I was very satisfied about the behaviour of the bike. Yamaha worked really hard during the winter and I’m eager to test the bike at another track such as Phillip Island, where we usually are pretty fast. We have to stay focused. Our rivals are working a lot and already from the Australian Test many things can change. I feel good, I’m continuing the physical preparation and it will be very important to return at the front immediately on track. We want to continue the work begun in Malaysia and continue testing new material and improve the bike for this season.”