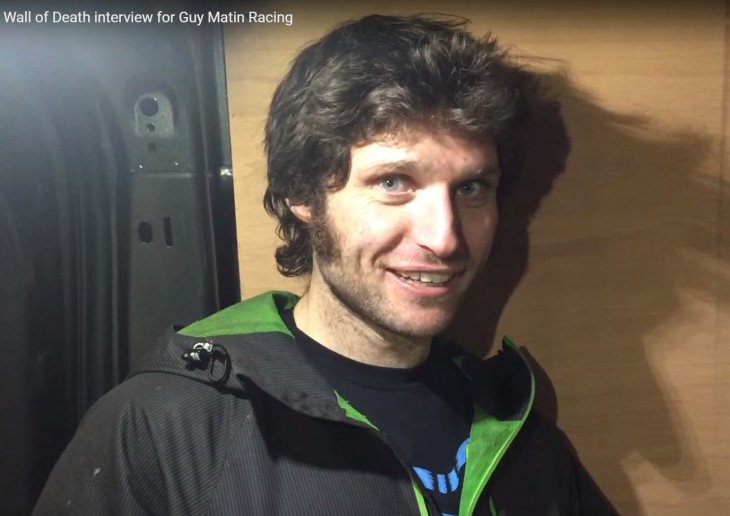 “It all went grey …” but British racer and lorry mechanic Guy Martin kept going to smash the Wall of Death record last evening on live television. Pulling more than 5 Gs, Martin first broke the record on a modified Indian Scout before going even faster on his home-built BSA Rocket 3. Watch the videos below to see just how risky this stunt really was, and to get an insight into the thinking of a racer who has stood on the Isle of Man podium 15 times.