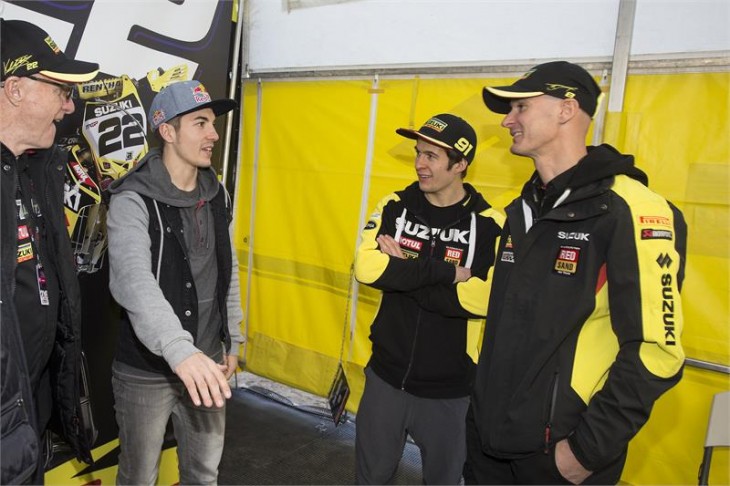 Team SUZUKI ECSTAR MotoGP™ rider Maverick Viñales has been a guest of Team Suzuki World MXGP at today’s qualification races at the first European GP in Valkenswaard in Holland.

Viñales will be at round three of the MXGP and MX2 series tomorrow (Monday) to watch all the racing, along with meeting more members of the team and also fans.

Team Suzuki World MXGP General Manager Stefan Everts said: “I’m happy to have Maverick here at our set-up. It’s really nice that he took the time to come and see what the Suzuki World MXGP and MX2 teams are all about and I’m hoping we can go and have a look at the Team SUZUKI ECSTAR MotoGP team sometime in the future.”

Everts also suggested that Viñales – who is a keen motocross rider on his RM-Z Suzuki – should come together again sometime in the future for some motocross training with his team riders; an offer that Viñales was happy to accept.