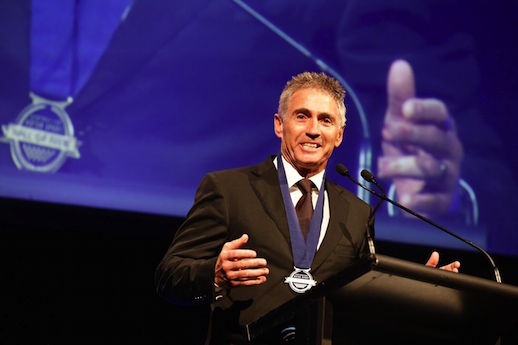 Five-time world motorcycle champion Mick Doohan is one of a dozen motorcycle racers inducted into the Australian Motor Sport Hall of Fame in Melbourne at the weekend (March 19, 2016).

They were among 30 inductees from F1, motorcycle GPs, World Superbikes, karting, motocross, off-road, speedway and drag racing. Among the other inductees were the late Peter Brock and former F1 champion Alan Jones.

“For a country with Australia’s population to achieve what it has on the global motor sport stage is truly impressive,” he said. “The achievements by Australians in motor sport in a competition sense, an engineering sense and an administrative sense is a wonderful story that as a nation, should be celebrated.”