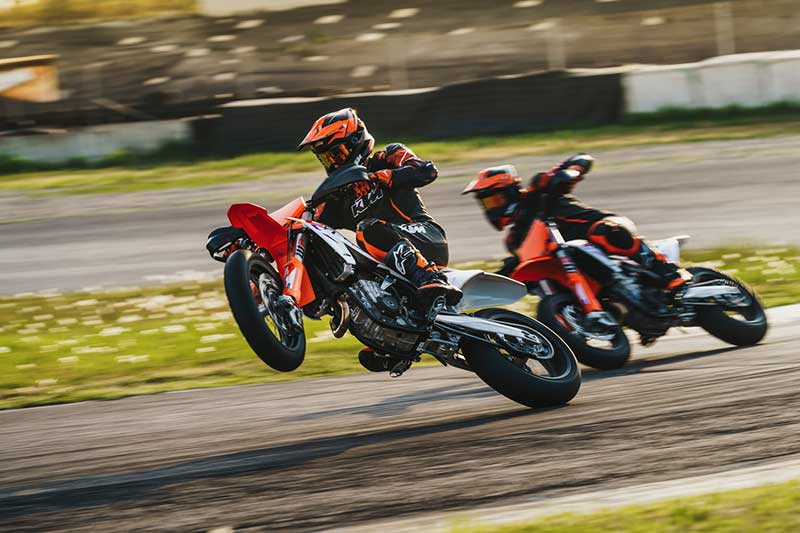 KTM continues to fill niches with the 2023 KTM SMR 450. The revised supermotard is race only and fits in a niche so small that many of the other bike against which it might compete were probably built in some-one’s garage having been converted from either a off-road competition bike or a street dual sport.

Regardless of the size of the stable of competitors or the number of possible sales, KTM continues to advance the development of the platform because, particularly for the engine, what is good on the asphalt is going to be good in the dirt.

The motor is the astounding  piece of tech weighing in a slim 59 lbs and yet producing a eye popping 63hp from a 450cc single cylinder engine. The bike also gets new anti-squat technology which will be handy in keeping that lightweight power in check.

KTM claimss that the advances for 2023 include:

The post KTM Making the Most of a Niche appeared first on Canadian Biker Magazine.