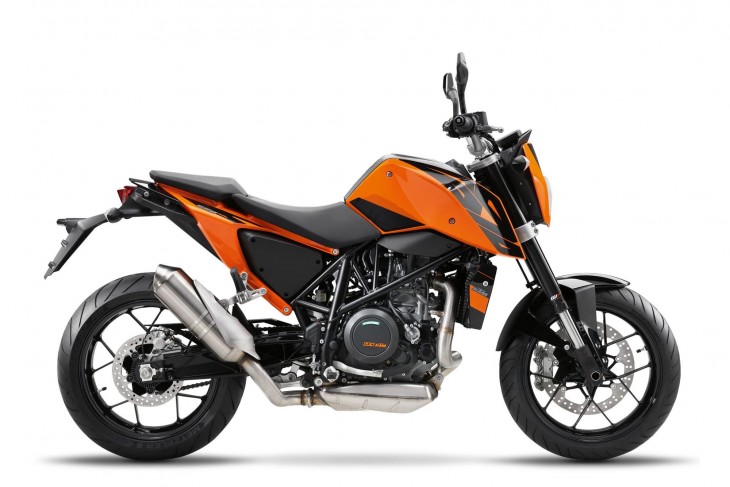 We not only enjoyed our test of the KTM 690 Duke, we found it one of the best handling street bikes we had ever ridden … capable of carrying crazy speed through tight, twisty canyon roads. When we heard about the improvements for 2016, we began to itch for another test ride.  More power, more torque and much lower engine vibration … sounds good to us! Now that KTM has announced the new machine, we have the following details and specifications:

The next generation of 690 Duke has arrived. While holding onto the pure, unadulterated character for which the Duke is so well known, KTM has redesigned the 2016 690 Duke to be smoother, more powerful and have more features than ever before. Starting with a redesigned LC4 powerplant, the 690 now has 7% more horsepower and 6% more torque but has less vibration thanks to a second balancer shaft in the new compact cylinder head. The usable rev range has been increased by 1000 rpm as well, giving the 690 Duke performance unmatched by any single-cylinder street bike. Three riding modes (Street, Sport, and Rain) are selectable via the KTM-first TFT full color dash. An optional Safety Package further enhances the 690 Duke’s ride with Traction Control (MTC) and Motor Slip Regulation (MSR). Throw in a more comfortable seat and even better handling and you have the next chapter in the 690 Duke’s exceptional history. 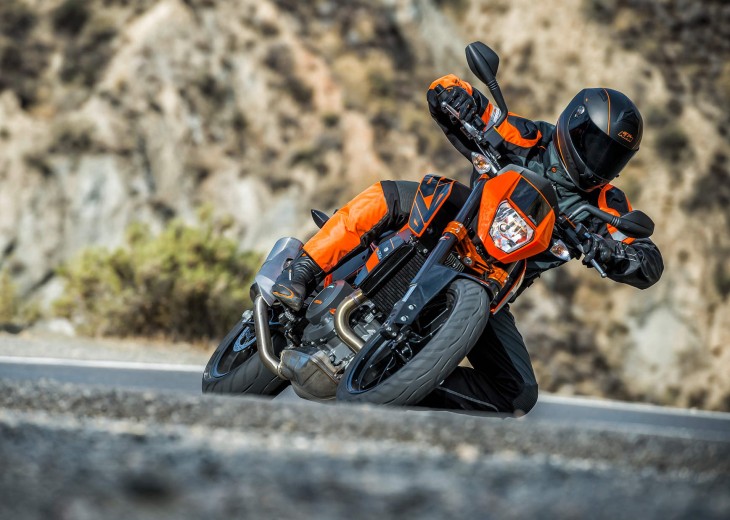 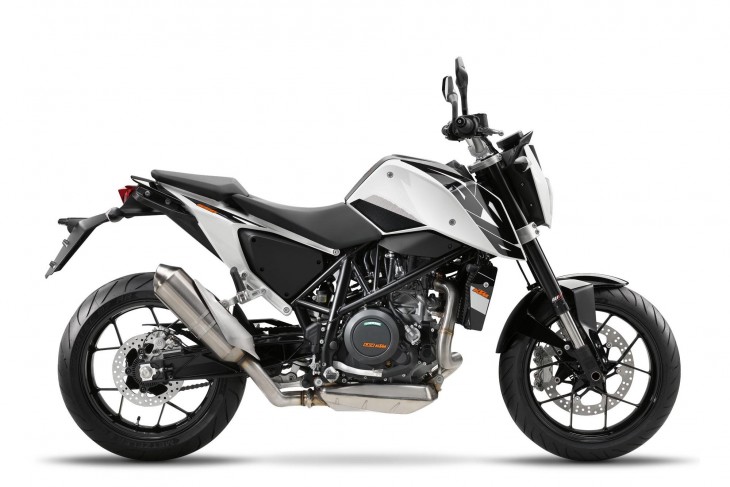 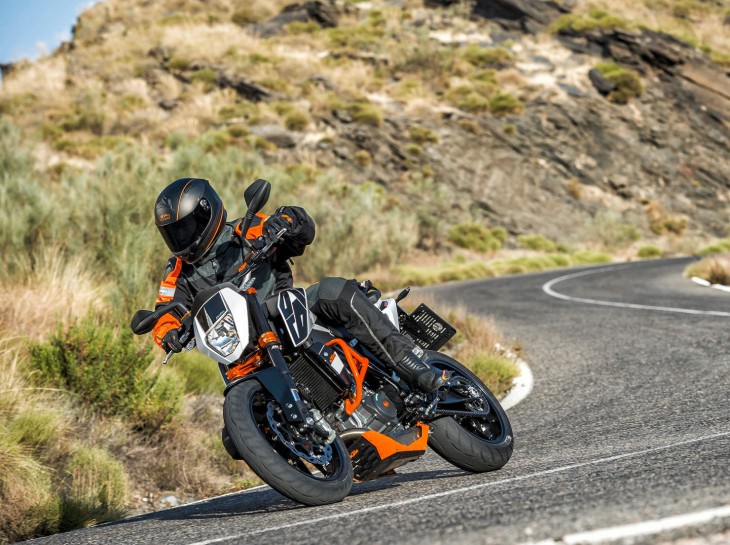