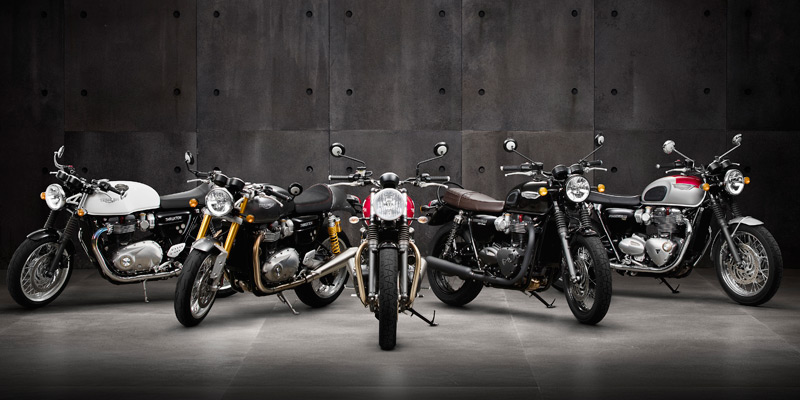 Triumph has announced an all-new Bonneville lineup for 2016, with five models: the new Street Twin, the Bonneville T120 and Bonneville T120 Black, and the Thruxton and Thruxton R. All models feature new, more powerful engines, new chassis and suspension, and enhanced “classic” styling. 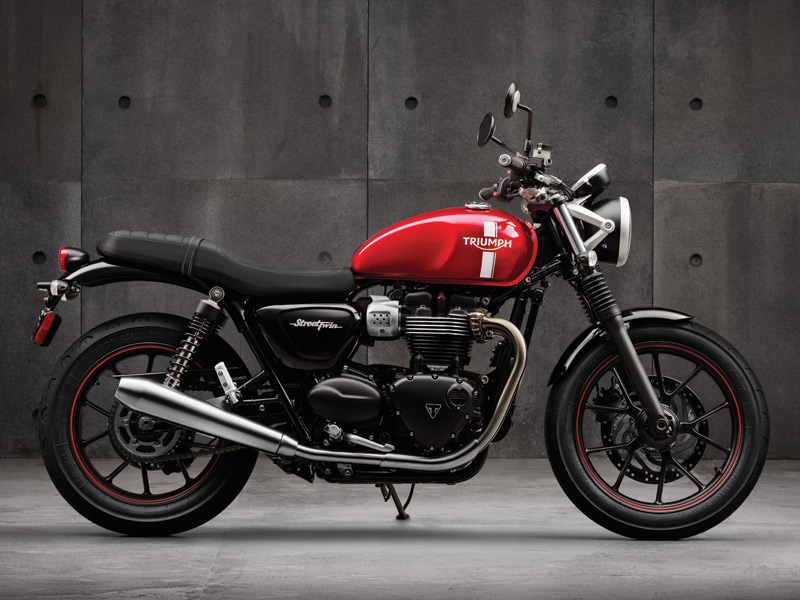 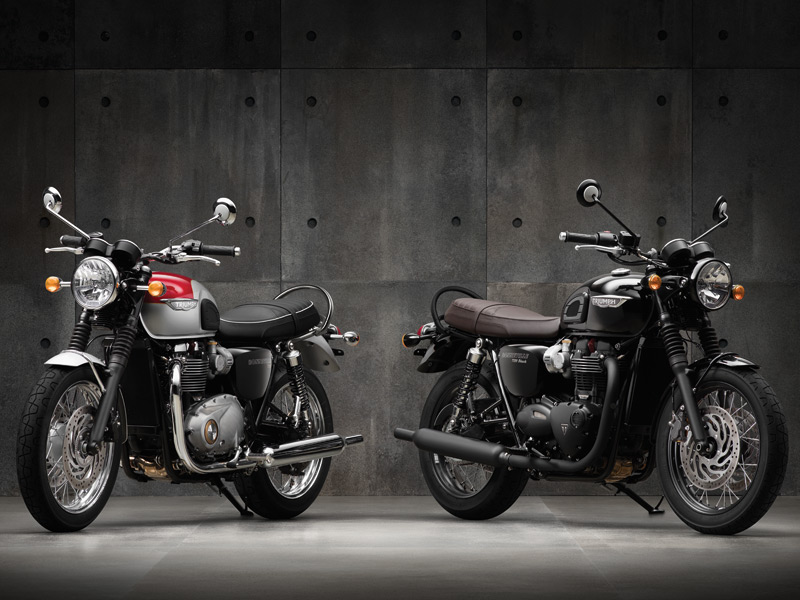 With timeless style and iconic character, the Bonneville T120 and Bonneville T120 Black evoke the original 1959 model. With high levels of detailing, quality and finish, these modern classic are powered by the all-new, liquid-cooled, 8-valve, 1,200cc parallel-twin, which makes 77 lb-ft of torque (claimed) at 3,100 rpm—54 percent more than the previous-generation T100. 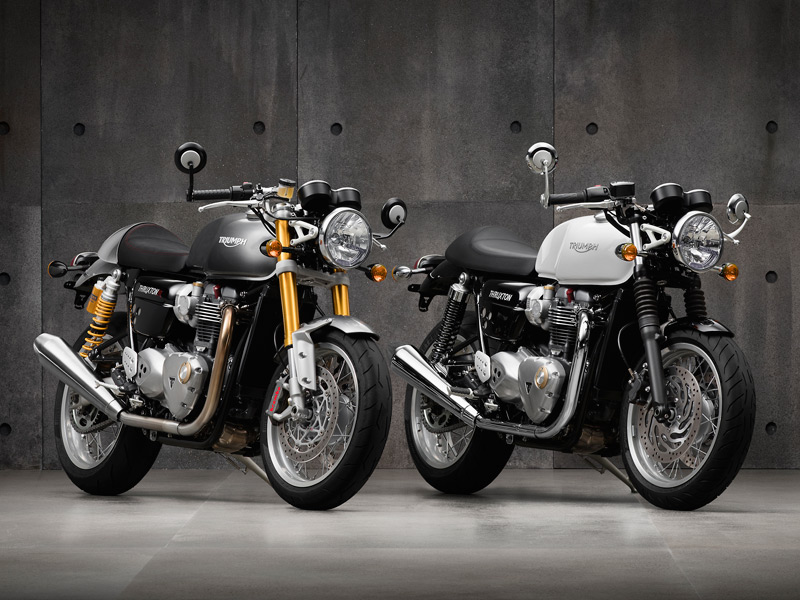 The café racer-styled Thruxton and Thruxton R also get a new 1,200cc engine, but with a higher state of tune. Maximum claimed torque is 83 lb-ft at 4,950 rpm—a 62-percent increase over the previous Thruxton. These two models offer the highest level of performance, braking and handling in the Bonneville family.

The three new engines feature throttle-by-wire and liquid cooling, and the 1,200cc engines offer different riding modes. Each model has a new exhaust system with a unique sound matched to its character. The 1,200cc models also come with ABS, traction control, slip-assist clutches and LED DRL headlights (where legislation allows), and all five models have LED taillights, USB charging outlets and an engine immobilizer.

All-new chassis design is unique to each model, with new suspension and revised geometry. And updated styling is more faithful to the original Bonneville lines, which Triumph describes as “more refined, sharper, tighter and crafted.” High-quality finishes and new detailing enhance their iconic looks, such as the new Monza-style fuel filler cap on the Thruxton.

To complement the all-new lineup, Triumph will offer a full range of Bonneville accessories, with 470 items ranging from Vance & Hines exhausts to bench seats to compact bullet-shaped turn indicators, to name only a few. Triumph has also created a set of ‘inspiration’ kits to use as the starting point for riders to create their own Bonneville custom, or to have fitted by their Triumph dealer as a complete set—from scramblers and brat trackers to track racers and café racers. This includes, for the first time, a full factory Thruxton R Race Performance kit, specifically developed for closed-circuit competition.

Pricing and availability for the 2016 Bonneville lineup is TBD.