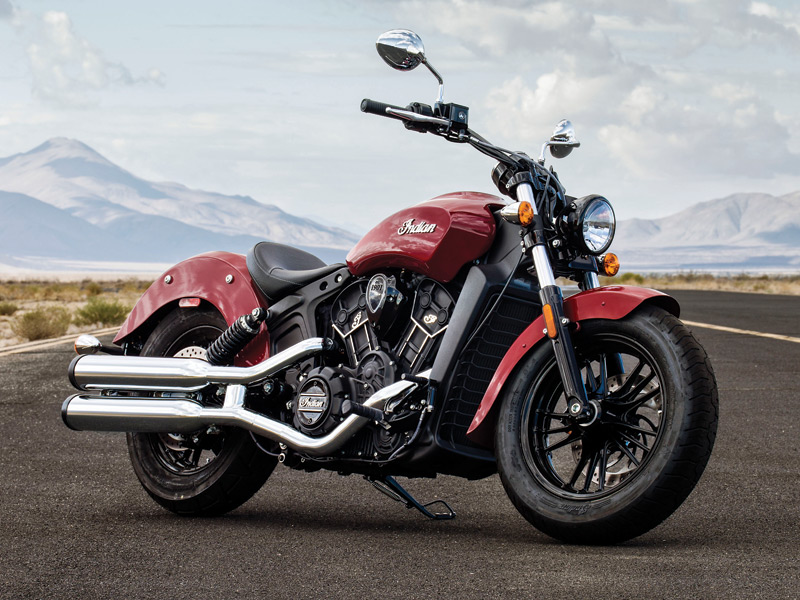 Since its acquisition by Polaris Industries, Indian Motorcycle has steadily filled out its lineup. It started with three Chief models—Chief Classic, Chief Vintage and Chieftain—for 2014. The following year Indian added the Roadmaster luxury tourer to the Chief family and introduced the Scout, powered by an all-new liquid-cooled, 1,133cc (69ci) 60-degree V-twin with DOHC and 4 valves per cylinder that makes a claimed 100 horsepower and 72 lb-ft of torque at the crank. 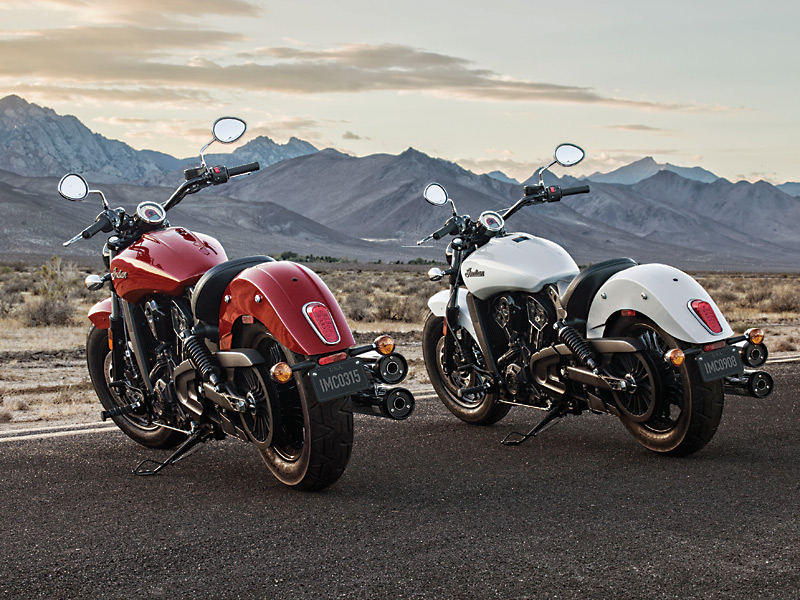 For 2016, Indian is adding a blacked-out Chief called the Dark Horse (read about it here) and a smaller, less expensive version of the Scout. The Scout Sixty’s scaled-down V-twin displaces 999cc (60ci), but is said to make a very respectable 78 horsepower and 65 lb-ft of torque. To help make it more affordable ($8,999 in Thunder Black, two grand less than the full-size Scout), the Sixty features a blacked-out frame, swingarm, wheels and seat. Its 5-speed transmission has one less gear, but the chassis, suspension and brakes carry over from the Scout. Both models have the same belt final drive, ultra-low 25.3-inch seat height, small 3.3-gallon fuel tank and roughly 560-pound curb weight.