TORRANCE, Calif., Oct. 27, 2015 – Having recently released information about the 2016 NC700X and CB500X, Honda is unveiling both 2016 machines this week in conjunction with the Tokyo Motor Show. Great choices for customers seeking full adventure-touring capability in a middleweight package, the NC700X and CB500X have been significantly upgraded for the new model year, with both aesthetic and technical improvements.

“As was made clear with today’s unveiling in Japan, the NC700X and CB500X benefit from significant upgrades for 2016,” said Lee Edmunds, Manager of Motorcycle Marketing Communications at American Honda. “Both of these models have been popular with American customers since their respective introductions, and with exciting new looks plus performance-oriented changes, they’re better than ever. The NC700X and CB500X join our two larger-displacement adventure machines—the VFR1200X and CRF1000L Africa Twin—in Honda’s comprehensive adventure lineup, which we look forward to debuting in the U.S. at the November 20-22 International Motorcycle Show in Long Beach, California.” 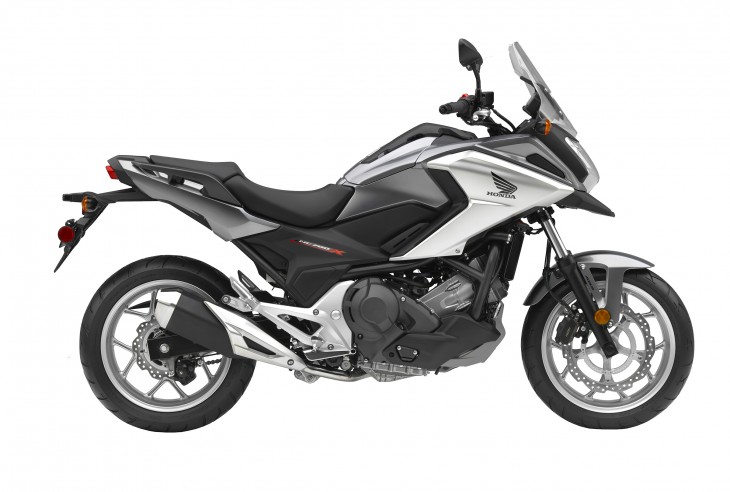 NC700X
Already a hit with adventure riders, Honda’s NC700X provides fun, practicality and reliability in every facet of riding, and it gets new, aggressive styling for 2016. Housing a 670cc liquid-cooled parallel-twin engine, the machine produces tons of torque and enough power to satisfy veteran riders, but it’s also good-natured enough for novices. The NC700X is offered in versions with a standard gearbox and a fully automatic Dual Clutch Transmission (DCT), the latter now with three different sport-mode settings. With deft handling, it’s adept at maneuvering through everything from city traffic to canyon roads, while the comfortable, upright seating position and a 5.8-gallon utility compartment—enlarged by .25 gallons for 2016 and big enough for a full-face helmet—make long-distance trips a pleasure. Other updates for the new model year include a revised windscreen and meter, as well as an LED taillight, a utility rail to simplify fitting a tank bag, a new pentagon-shaped muffler with an improved exhaust sound. Also new are the “L”-shaped air valves on the wheels for added clearance, and a smoother-functioning “wave”-style key.

CB500X
Honda’s smallest-displacement adventure-touring model is just as serious as its big siblings, as evidenced by the CB500X’s upright seating position and wide handlebar, plus a 471cc liquid-cooled parallel-twin DOHC engine that’s versatile and fuel-efficient. For 2016, the nimble machine benefits from sharper, tougher styling, plus a taller windscreen, LED lighting front and rear, and a stylish new muffler design. Other upgrades include externally adjustable fork preload, an adjustable front-brake lever, improved gear-change feel, a hinged fuel cap, a “wave”-style key and an improved shock setting. An array of Honda Genuine Accessories make it possible for customers to adapt the CB500X to suit their individual tastes.