BRP has revealed the first two electric models that will be available from the company some time in mid-2024. Details are so far rather slim beyond the development of a new electric Rotax engine and that the bikes will have built in fast chargers. The company states that that a full breakdown of the bikes on-road specs will be available in 2023 to coincide with BRP’s 50th anniversary. 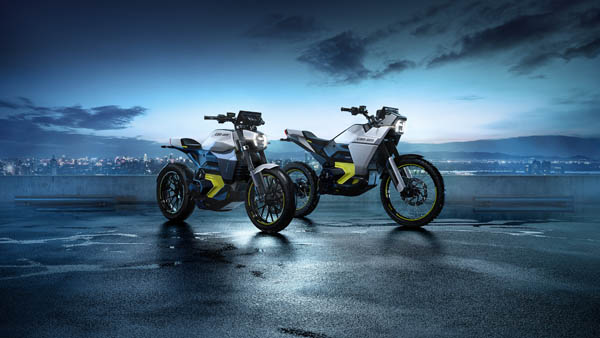 What do we know so far? Pretty much what you can see from the pictures. Moth machine feature crisp modern styling that foregoes the “Hey! I’m electric!” overstyling that, with the exception of the Sondor Metacycle and a a few other bikes, often fails to wow potential purchasers. They look like motorcycles- which we have learned through several efforts is a good thing.

It is understandable that the first bike is a dual sport as the last motorcycles from Can-Am to find success many years ago were in the same category. See our story Project 20 – Can-Am Sonic for a look back at those glory days.

So now we wait.